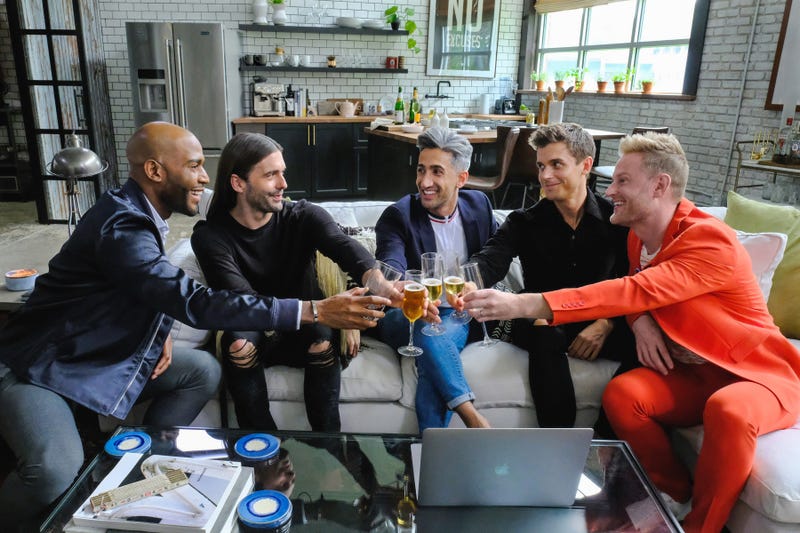 By Jessie Yeung, CNN
(CNN) -- As Jonathan Van Ness would say -- can you believe? "Queer Eye" is going to Japan.
The Emmy Award-winning Netflix show, which brands itself as "more than just a makeover," dropped a new trailer Tuesday, revealing the "Fab Five" are going to Tokyo for a special four-episode season.

We’re heading to Japan for a special season and here's the trailer! ✈️ ----Grab your tissues -- because Queer Eye: We’re in Japan! premieres on November 1! ---- pic.twitter.com/vPn0vUa1Xs

The trailer shows the five experts (on fashion, grooming, design, culture, and food and wine) dressed in traditional Japanese clothing, eating sushi, and strolling the nighttime streets of Tokyo.

"I cannot wait to roll up our gorgeous little gay sleeves and get this ball rolling," Van Ness says in the trailer, to cheers from the other four.

We also get a glimpse of the subjects -- or in "Queer Eye" lingo, the "heroes" -- before and after their makeovers. "I want to transform from a rock to a psychedelic flower," one man says. By the end of the trailer, Tan France is giving him marriage advice, the tears are flowing, and he emerges with a spiffy new hairstyle.

It looks to be an emotional season -- it seems nearly everybody in the trailer tears up, from the heroes to the Fab Five themselves. "We'd tell you to get your tissues ready but you're going to need power towels," the official "Queer Eye" Twitter account posted.

There are also other famous faces in the trailer. Kiko Mizuhara, a model and actress, acts as the Fab Five's Tokyo guide, while Naomi Watanabe, known as "the Japanese Beyonce," is a special featured guest.

Previous seasons have so far been set in Georgia and Missouri, making this upcoming season the first international one. The change in scenery may also mean a shift in the social issues addressed on the show. The Fab Five and their subjects have previously discussed homophobia, religious faith, and race -- prominent issues in the American South. The trailer doesn't give away what might come up in Tokyo, but possibilities could include the rapidly aging population, low birth rates, the difficulty of dating, and gender inequality, which have combined to create a dire national demographic crisis.

The season premieres on Netflix on November 1.