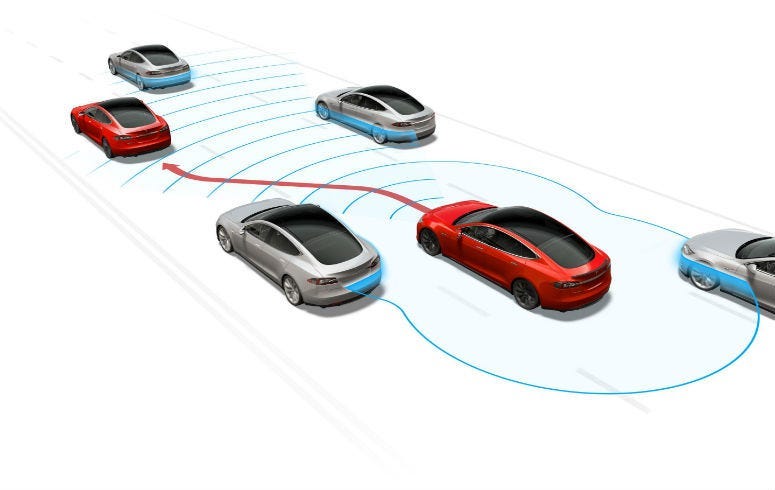 By Peter Valdes-Dapena, CNN Business
(CNN) -- Tesla's new Navigate on Autopilot feature performs much worse than a typical human driver at things like changing lanes and passing and poses a serious safety risk, according to Consumer Reports.

"The system's role should be to help the driver, but the way this technology is deployed it's the other way around," said Jake Fisher, Consumer Reports' senior director of auto testing in an emailed statement. "It's incredibly nearsighted. It doesn't appear to react to brake lights or turn signals, it can't anticipate what other drivers will do, and as a result, you constantly have to be one step ahead of it."

While Tesla's ordinary Autopilot system helps to keep a car in its lane and maintain a safe following distance behind other cars, Navigate on Autopilot promises to do much more. With Navigate on Autopilot, a car can automatically change lanes and turn onto on-ramps and off-ramps as it follows a route from the car's navigation system . It can also change lanes to pass slower-moving cars. This level of automation is available as a setting that the driver can select.

When Consumer Reports tested Navigate on Autopilot, the car frequently changed lanes too close to other cars and sometimes passed cars in ways that violated traffic laws, the consumer group said.

"The Navigate on Autopilot driver-assist feature overpromises and under-delivers, with lives on the line," David Friedman, vice president of advocacy at Consumer Reports, said in a statement.

The system only works on limited access highways where there are no intersections, and a driver's hands must be on the steering wheel during any lane change maneuvers. Drivers must turn the system on when on a highway and can select to control when lane changes and other maneuvers occur. Drivers are also alerted before the car begins to change lanes and can stop any maneuver once it begins.

Besides being included as an option on new Tesla cars, the latest version of Navigate on Autopilot was provided as a software update to many existing Teslas in April. Cars need to be equipped with appropriate sensors and cameras for the system to work.

Millions of miles have been safely driven using the feature, Tesla told CNN Business in an email. Future updates will be made to further improve its performance, as has been done with other Tesla technology, the company said.

Consumer Reports has criticized Tesla in the past for not doing enough to ensure drivers are paying attention while using its driver assistance system.

Drivers are presented with a warning message when turning on Navigate on Autopilot, noting that "You must continue to keep your hands on the wheel and monitor the vehicle's surroundings." The system will not work if drivers take their hands off the wheel for long periods of time.