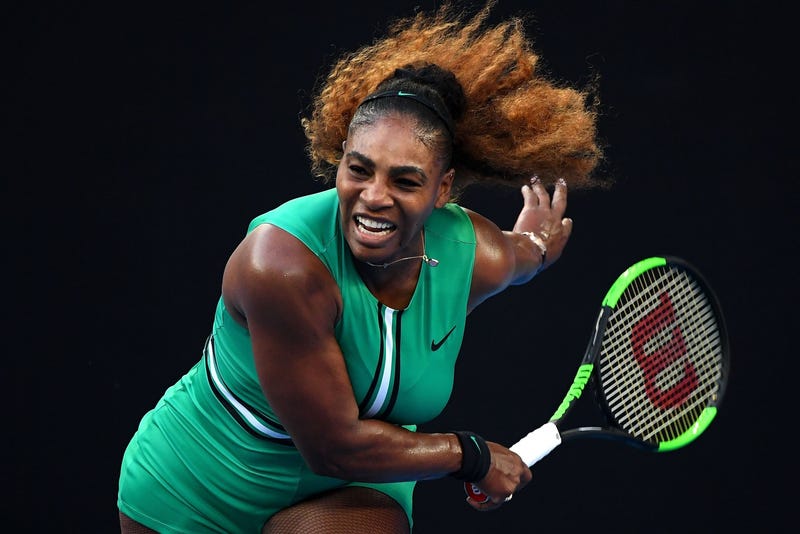 February 25, 2019 02/25/2019 1:46 pm
By Euan McKirdy, CNN
(CNN) -- A widely criticized Australian newspaper cartoon showing tennis legend Serena Williams jumping up and down next to a broken racket and a pacifier which she had spat out was not racist, according to the country's media watchdog.

The Australian Press Council ruled that the drawing, published by Murdoch group newspaper the Herald Sun, did not breach Australia's press standards and instead was capturing Williams' "on-court tantrum" at the 2018 US Open final "using satire, caricature, exaggeration and humor."

The cartoon was published shortly after the bad-tempered final, in which Williams had a dispute with the umpire over his allegedly sexist treatment. The press watchdog received a number of complaints about the image, which drew international condemnation.

The press council said the newspaper "was depicting the moment when, in a highly animated tantrum, Ms Williams smashed a racquet and loudly abused the chair umpire, calling him a thief, a liar and threatening that he would never umpire her matches again.

"(The Herald Sun) said it wanted to capture the on-court tantrum of Ms Williams using satire, caricature, exaggeration and humor, and the cartoon intended to depict her behavior as childish by showing her spitting a pacifier out while she jumps up and down."

The cartoon showed Williams with large, exaggerated lips and nose reminiscent of racist depictions of black people in the US during the Jim Crow era.

Williams' opponent, Japan's Naomi Osaka, is depicted as a skinny blonde woman, to whom the umpire is saying: "Can't you just let her win?"

The Japanese-American Osaka is of mixed heritage, and has Japanese and Haitian roots.

"Specifically, concern was expressed that the cartoon depicted Ms Williams with large lips, a broad flat nose, a wild afro-styled ponytail hairstyle different to that worn by Ms. Williams during the match, and positioned in an ape-like pose," said a statement from the press council.

"It was also noted that the cartoon should be considered in the context of the history of caricatures based on race and historical racist depictions of African-Americans."

When it was first published, the US-based National Association of Black Journalists said the cartoon was "repugnant on many levels."

"(It) not only exudes racist, sexist caricatures of both women, but Williams' depiction is unnecessarily sambo-like," the group said in a statement. "The art of editorial cartooning is a visual dialogue on the issues of the day, yet this cartoon grossly inaccurately depicts two women of color at the US Open, one of the grandest stages of professional sports."

The Melbourne-based Herald Sun has stood by its award-winning cartoonist, Mark Knight, throughout the controversy, as has its publisher, the Rupert Murdoch-owned News Corp.

At the time, Herald Sun editor Damon Johnston said the cartoon "had nothing to do with gender or race."

"A champion tennis player had a mega tantrum on the world stage, and (the) cartoon depicted that," he said.