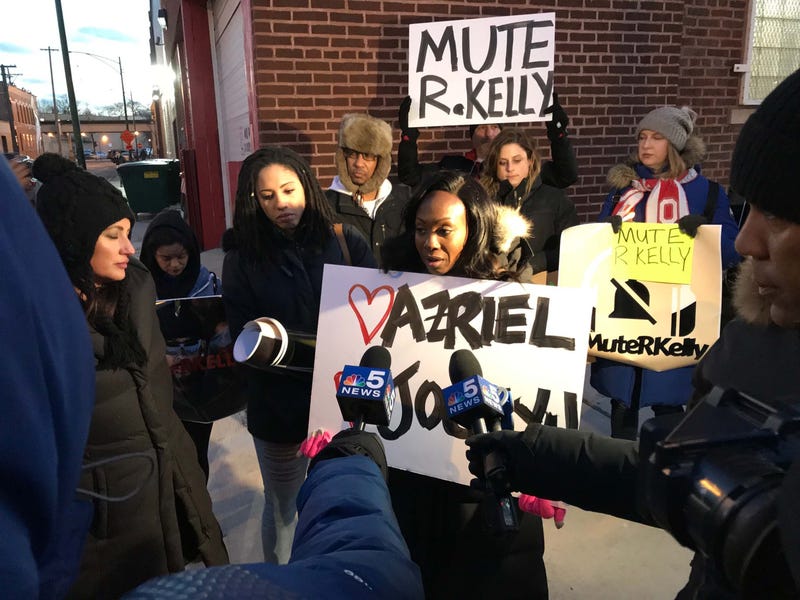 January 10, 2019 01/10/2019 7:09 pm
By Lisa Respers France and Ryan Young
(CNN) — On a night he was facing a protest in his hometown of Chicago, singer R. Kelly partied at a local club, where he proclaimed he's not concerned with the controversy brewing around him.

Videos of Kelly were posted on social media late Wednesday into Thursday from the club V75 Chicago.

In the videos, Kelly wears dark shades and a baseball cap while he partially sings one of his hit songs, "Bump N' Grind."

He also tells the cheering crowd that it's his birthday and "I don't give a f*** what's going on tonight. ..."

Wednesday night, R.Kelly was spotted at V75 Chicago celebrating and having a good time, with a message for his critics after #SurvivingRKelly. Legal pressure is mounting, with two new accusers stepping forward to the Cook County State Attorney’s Office (H/T @chicagomediatakeout) pic.twitter.com/N40IrpcYT4

The singer has been in the midst of a firestorm in the wake of the Lifetime docuseries "Surviving R. Kelly" that renewed interest in allegations Kelly has abused women and girls and is holding some of them against their will.

Kelly has consistently denied the allegations.

He could also be facing an investigation in Georgia, where an attorney for the family of Joycelyn Savage, one of the women featured in the Lifetime series, said the Fulton County district attorney is conducting an investigation into Kelly. A public information officer for that office said he had "no comment."

Chicago police told CNN on Thursday that a 911 call was received saying that Kelly was at the V75 nightclub and there was a warrant out for his arrest.

When the officers arrived, police said, they made contact with Kelly, who was cooperative.

Officers confirmed there were no active warrants for Kelly's arrest and they left.

Chicago police said there are no criminal investigations or complaints against the singer.

Kelly's attorney, Steve Greenberg, told CNN on Thursday that his client "has done nothing wrong."

"Someone with an agenda has done a hit piece," Greenberg said of the docuseries. "(Kelly's) out in public. He's not hiding. There's no secret compound with sex slaves."

About two dozen others joined them in the cold, some holding signs demanding R. Kelly be brought to justice. They chanted, "Save our girls!" and "Mute R Kelly!"

"People say why are we so upset? If you watch the docuseries, all six parts, you should be upset," Kendra G told the gathered media. "Everybody should be upset.

"There are facts that you can't deny that were in that docuseries and if you watch all six parts ... and if you're in Chicago you should be with us here right now."

Scruggs added, "His time is up. He is going to be held accountable, that there is a new generation of people who are not afraid to speak up. That we're no longer sweeping our dark secrets under the rug."

On Tuesday, a Chicago prosecutor said her office has been in touch with two families related to allegations against Kelly since the series aired.