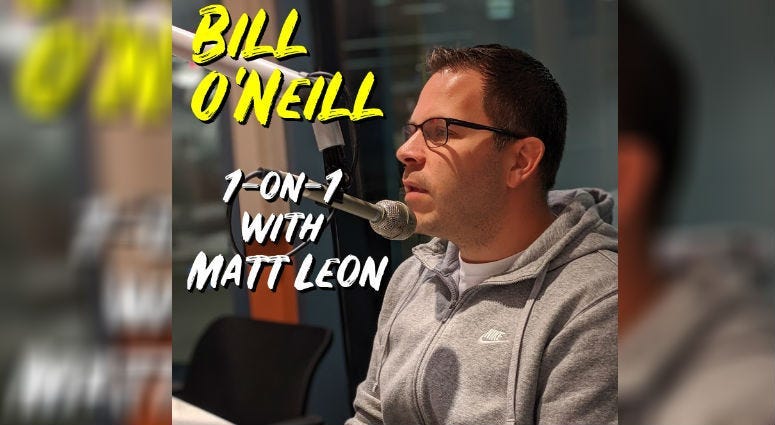 He was named the PBA's Rookie of the Year after his first full season on the tour in 2006 and he has enjoyed a lot of success as a pro.

He looks back on one big highlight of his career to this point.

"The moment I'll never forget, I won the US Open, my only major title in 2010. That was only my second title on the tour. Usually the US Open is kind of reserved for people who have been out there for awhile, it's a long, grueling event, we bowl on the hardest lane conditions. So for me to win that event as such a younger type player on the tour, that was it for me, that's kind of when my career kind of took off," he said.

O'Neill, 38, talks about how he prepares to compete at this point in his career.

"I don't practice as much as I did when I was in my 20s and even early 30s. I focus more on the mental side of it because at this point, I know exactly what I have to do to keep my timing and all the things needed to be sharp without having to focus on the quantity of the games that I bowl," he said. "Also, trying to keep my body in better shape, stave off injuries and things like that, because those things kind of pile up after so many years of bowling. We have a lot of knee and lower back issues, you know, with throwing a 15 pound bowling ball 17 miles an hour for 20 years."

You can listen to the entire interview with O'Neill below, or subscribe to the KYW Newsradio original podcast 1-on-1 with Matt Leon. Subscribe wherever you get your podcasts.