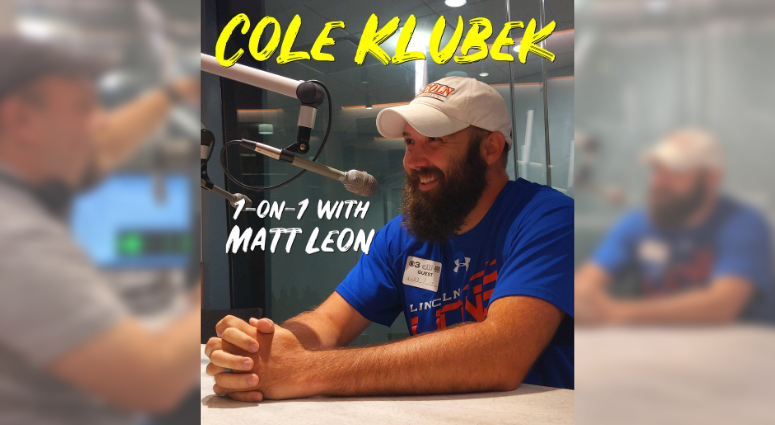 Klubek was a weather forecaster during his time in the Air Force. He spent about six months in Iraq, and his first day there was memorable, to say the least.

"There was a loud siren that went off. And the guy I was replacing, I looked at him and I said, 'What's that sound?' And he said, 'What?' And he literally turned up his hearing aid and he goes, 'Oh, I haven't heard that in months.' I said, 'OK, what is it?'

"He said, 'That's the incoming siren. We've got incoming rockets.' And I said, 'Oh, great.' And that was within the first 24 hours."

Klubek said he actually didn't start to kick a football until a few years ago when he was stationed in Germany. He watched an NFL kicker on TV miss a couple field goals and started to think, "Hey, I can do that."

Next thing he knew, it's the fall of 2018, and 28-year-old Klubek is getting ready to play in his first college football game for Lincoln.

"It was the opening kickoff, it was against Fayetteville State. I was joking around with the trainers beforehand, because when you are this old you have to take care of your body, because it's just not what it should be doing. I said, 'It would be funny if I have to make a tackle this year.' The very first kickoff I had to push the guy out of bounds. I remember getting up and (thinking), 'What am I doing?' "

You can listen to the entire interview with Cole Klubek by checking out the KYW Newsradio original podcast 1-on-1 with Matt Leon, and subscribe wherever you get your podcasts.
You can follow Matt Leon on Twitter @MattLeon1060.