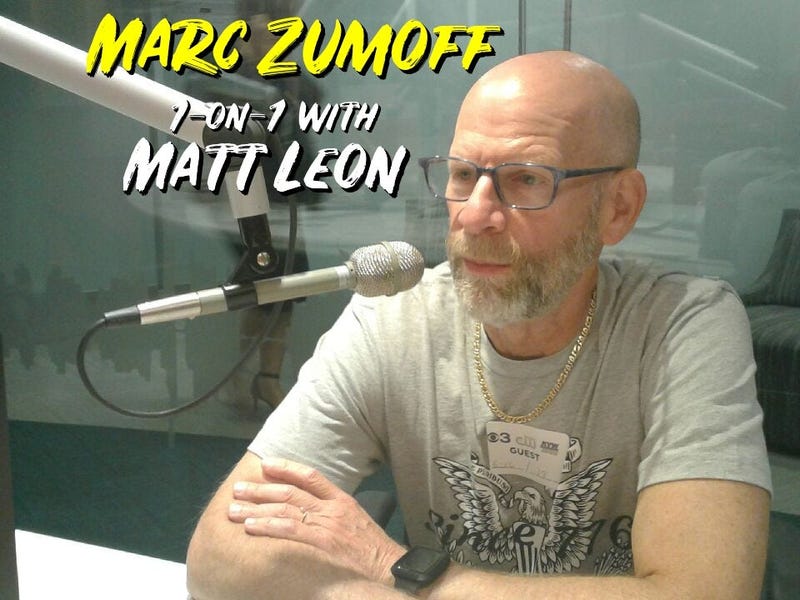 As one of the most popular media professionals in Philadelphia, Zumoff said he has been fascinated with broadcasting since his early days growing up in Philadelphia.

"AM radio back in the day — there were Top 40 stations, and disc jockeys used to talk over the introduction of the song and they seemed to know when to shut up because then the lyrics would come in," he recalled. "So I was fascinated by that, and I replicated that on my record player at home."

Zumoff eventually combined this exercise with his love of sports.

"I would turn the sound down on the TV and do games into a tape recorder. Then when games weren't on, I would put channel 8 on to my TV, because it was static and it sounded like crowd," he remembered. "I would literally make up a game in my head and went, 'Greer to Cunningham, jump shot, 15 feet, good!' and I'd turn up the snow and it sounded just like a crowd.

"That was the beginning of my career, and believe it or not, I've been able to take that and turn it into this."

Zumoff is one of the premier broadcasters working today, calling many Sixers games. But one game in particular stands out to him: the first round of Game 3 of the Eastern Conference playoffs in 1999. The Sixers hosting the Orlando Magic — the first home playoff game for the Sixers since 1991.

"(Allen) Iverson was out of his mind. He had an NBA record that still stands, he had 10 steals, so you can only imagine how he was all over the court," Zumoff said. "I don't think anyone in the place sat down from tip-off to buzzer — it was that kind of night.

"I remember (former Sixers center) Matt Geiger being in front of the Orlando bench and almost getting into a fight with the late (Magic head coach) Chuck Daly. It was just a wild scene. And the Sixers ended up winning, so that game has always stuck out for me."

The Sixers ended up winning the series, but later lost in the conference semifinals to Indiana.