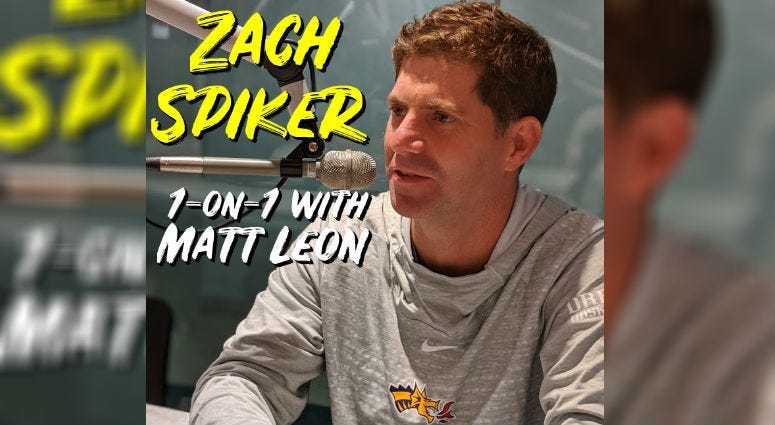 He has the Dragons on the rise in the Colonial Athletic Association.

Drexel is Spiker's second stop as a head coach. Prior to that, he had a successful seven-year run at Army.

Spiker remembers when the opportunity with the Black Knights first appeared on his radar when he was an assistant at Cornell and says he wasn't sure at first if it was something he would pursue.

"Then I went to dinner that night and as I was going to dinner with some friends that were high school coaches and we just kind of had a little clinic in Chicago and it kind of clicked in like, 'You might have a chance to interview for a job that Coach K and Bobby Knight had. And it was like, you know what, that would be pretty neat to say you did that,'" Spiker said.

He got the job and won 102 games with the Black Knights, tied with Bobby Knight for second most in program history, and that success led him to Drexel.

He talks about one of the things he loves about being a coach.

"You love to see the growth and you love to see guys evolve and mature from making some silly freshman decisions to then having a voice and saying, 'Don't do that.' Those are things I like to see and you kind of sit back or you think, 'Man, that guy's moving in the right direction.' So I love that," he said. "I love the connection, I love to have that connection relationship. Maybe in every situation you can't, but you want to try and reach guys as best you can so that whatever time you have them, they are better off having come through."

You can listen to the entire interview with Zach Spiker by checking out the KYW Newsradio original podcast "1-on-1 with Matt Leon," and subscribe wherever you get your podcasts.