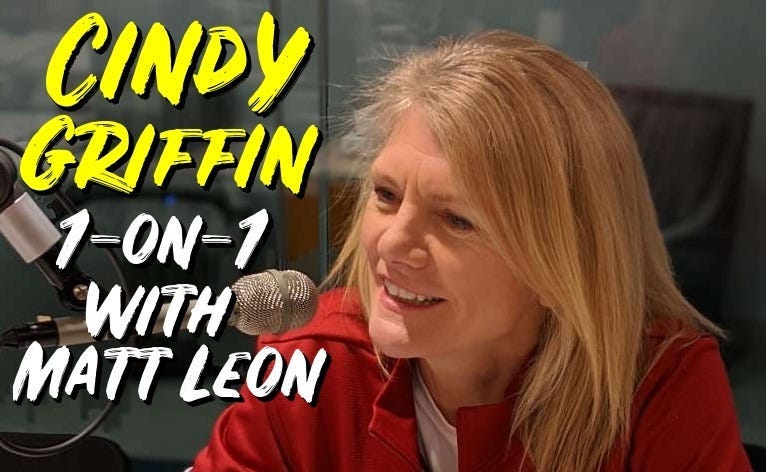 January 17, 2020 01/17/2020 8:47 pm
PHILADELPHIA (KYW Newsradio) — Cindy Griffin has spent nearly two decades as the head women's basketball coach at Saint Joseph's University and is one of the most successful coaches in the game today.

Griffin was a standout point guard at Saint Joseph's before getting into coaching.

She talks about a big question she had to answer when deciding to make coaching her life's work.

"Ultimately I wanted to have a family. I wanted to get married, have a family and can you do that in this job? Can you have that balance in your life? So that was always the question, can you do it? So you find women that are out there that are married and have children that are doing it and you say, 'Okay, I can do this. Because she's doing it.' That was really, really important for me," she said.

Griffin is married with three children.

She has won more than 300 games at the helm of the Hawks and she talks about some of the victories that are really special to her.

"Number one: 2013, A-10 Championship. I think the score was 47-46 (beat Fordham), we may have set basketball back 25 years (laughter). But we were the first women's team to compete at the Barclay's Center up in New York and (to) win a championship on that court was unbelievable. The second was the following year, getting the at-large bid and beating Georgia in the first round of the NCAA Tournament," she said.

Griffin is one of a handful of coaches in Division I history to lead their alma mater to the NCAA Tournament as both a player and a coach.

You can listen to the entire interview with Cindy Griffin below, or subscribe to the KYW Newsradio original podcast 1-on-1 with Matt Leon wherever you get your podcasts.
You can follow Matt on Twitter @Mattleon1060.