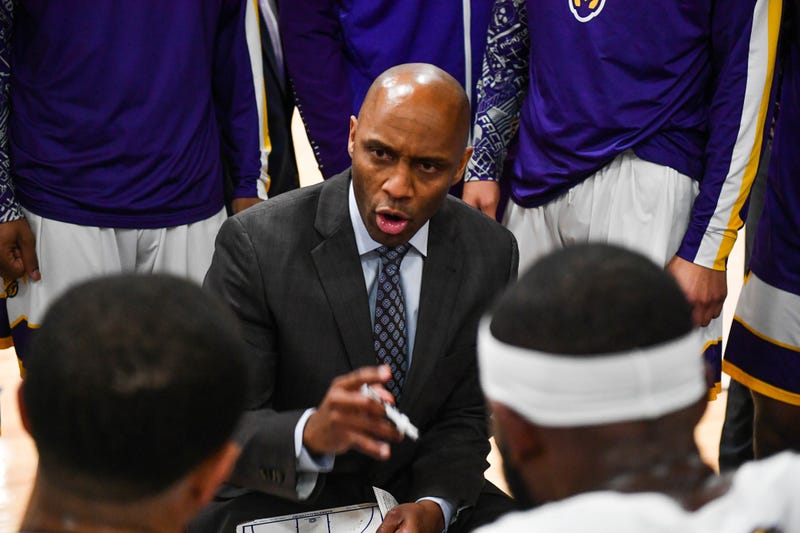 July 26, 2020 07/26/2020 6:57 pm
PHILADELPHIA (KYW Newsradio) — Damien Blair is one of the area’s top college basketball coaches. He's been at the helm of the program at Division II West Chester University, his alma mater, for the last 12 seasons.

Prior to enjoying coaching success, Blair was an outstanding player. He overcame a knee injury prior to his high school career at the Haverford School and eventually landed at West Chester.

But he said his first few weeks of practice as a freshman were a struggle as he adjusted to the demands of the college game.

"Next day I came out, shot the ball with confidence, the way that I shot it in elementary school and things just sort of fell into place. I was fortunate enough to be the Rookie of the Year that year," he recalled.

He has taken the Golden Rams to the NCAA Tournament four times during his 12 years at the helm of his alma mater. He said there is a lot he enjoys about the job, like watching a game plan come together, and spending time with alums and having them interact with players.

"But probably most of all is watching kids graduate and then being successful. and then coming back and saying, 'Coach, I learned this, this and this, and I'm a better person because you taught us how to do things the right way.' Not just from a basketball standpoint, but a humanity and professional perspective," he shared.

Listen to the entire interview with Damien Blair below on the latest episode of the KYW Newsradio original podcast, "1-on-1 with Matt Leon." Subscribe on the RADIO.COM app or wherever you get your podcasts.
You can follow Matt on Twitter @MattLeon1060.