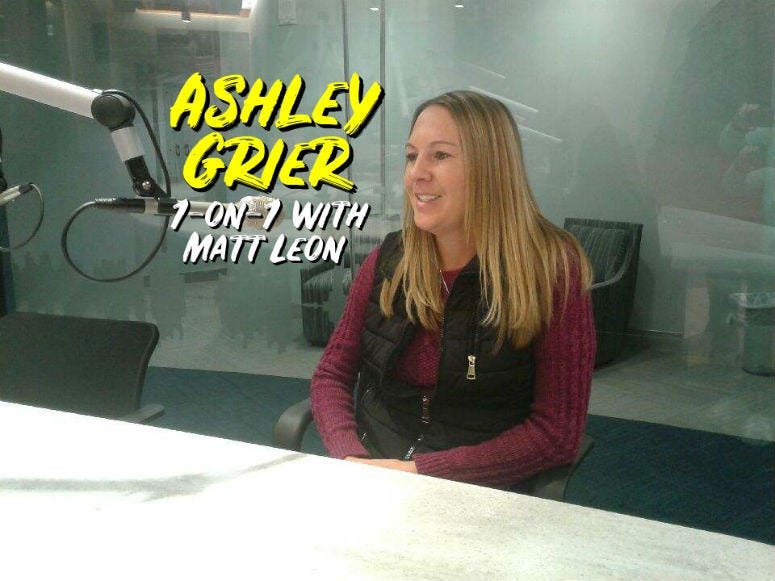 December 13, 2019 12/13/2019 8:38 pm
PHILADELPHIA (KYW Newsradio) — Ashley Grier is an assistant golf pro at Overbook Golf Club in Villanova. She's one of top players in the area and the sport has been a big part of her life for a long time.

"My dad is also a PGA professional and when I was six, him and my mom bought a golf center that was literally in my front yard. We had miniature golf, a driving range, batting cages and 18-hole par three course. So it's just kind of what we did every day for fun, we went down there at some point every day and hit balls or played putt-putt or played oar three. It's in our blood," Grier said.

Grier spent time on the LPGA Futures tour and she has enjoyed success competing against both women and men.

"The first national club pro I qualified for, I was one of two females and I remember I felt very out of place. A couple fans, I was walking up and they asked if I was caddying for my husband or boyfriend — a lot of them bring their wives or girlfriends out to caddy. I was like, 'No, I'm one of the two females in the field.' But they were all really excited to have me there," she said.

In 2017, she became the first female PGA Professional in the Philadelphia Section's nearly 100-year history to win a points event when she captured the Callaway Golf TPD Championship in Pine Hill, New Jersey.

"Back in 2007 I had just turned professional, and I qualified for the U.S. Open. And I was totally out of my element, and it was the coolest thing ever, and it was at Pine Needles at Pinehurst," she said of one of her favorite golf memories. "And my dad, he always caddied for me in junior stuff, he worked there probably 20 years ago and hadn't been back since. So he was on my bag. My first practice round I got paired with Lorena Ochoa. Thousands of people watching us. I was like, this is so cool. I was more of a fan than a competitor. But the first hole the first day, I birdied. And I played early, so I was on the leaderboard for a while. Granted, I got worse and worse as the day went on, but just being there, having my dad on the bag and my family there, it was such a cool experience."

You can listen to the entire interview with Ashley Grier below, or subscribe to the KYW Newsradio original podcast 1-on-1 with Matt Leon wherever you get your podcasts.