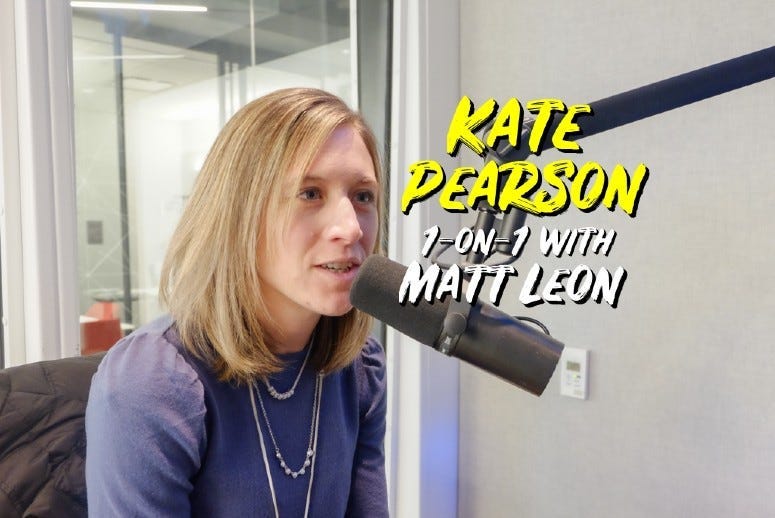 February 27, 2020 02/27/2020 8:41 pm
PHILADELPHIA (KYW Newsradio) — Kate Pearson is one of the top women's college basketball coaches in the region. She is in the midst of her 11th season at Division III Cabrini University in Radnor, where she has won more than 200 games and led the Cavaliers to five NCAA Tournaments.

Pearson was a standout athlete at Springfield High School and then at the University of Scranton.

As an athlete, you have control over what happens on the court, but you lose that control when you are the coach. Pearson discussed how she deals with the change in dynamic.

"We talk about it at timeouts and huddles, 'Alright, these are the things that we can help you with and these are the things that we can't.' Like we can't go out as coaches and make the layups and the free throws and those kind of things. (What we) really try to do is put as much effort into game preparation going into the game, so that they know, 'OK, this is our game plan for the game.' Then if that game plan isn't working, then as coaches, we have to take control on executing what adjustments we have to make," she said.

Pearson says her favorite part of being a coach is the relationships it allows her to build.

"Just because, when you think about the whole process and what we do and the way that we're able to see players that we recruit as high school juniors and seniors and come in and see their growth and development from the time that we meet them then to the time that they graduate from campus and then continue on into life afterwards. There's a lot of ups and downs in basketball and there's a lot of days in coaching where you're pulling your hair out. But it's that thank you email from an alum or from current player that says, 'Thank you for what you're doing,' and that relationship with each one of them that you establish that makes it all worth it," Pearson said.

You can listen to the entire interview with Kate Pearson by checking out the latest episode of the KYW Newsradio original podcast 1-on-1 with Matt Leon. Subscribe wherever you get your podcasts.
You can follow him on Twitter @Mattleon1060.