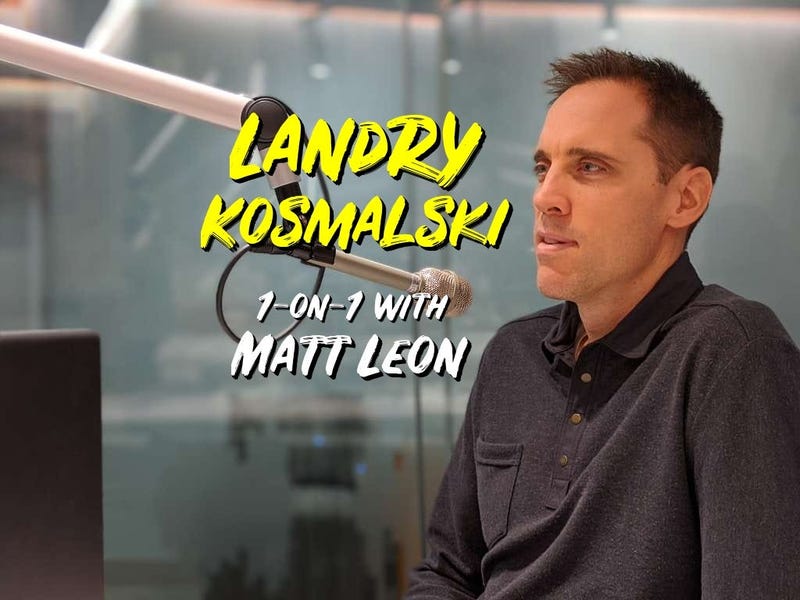 January 9, 2020 01/09/2020 8:47 pm
PHILADELPHIA (KYW Newsradio) — Landry Kosmalski is in the midst of his eighth season as the head men's basketball coach at Division III Swarthmore College. On his watch, Swarthmore has become an elite program that's currently ranked #1 in the country.

Last season, Kosmalski led the Garnet to a 29-4 record and an appearance in the Division III National Championship game.

He talks about the moment he realized that team was really going to be a tough out.

"It was a small moment. It was in practice, and two of our wings were running on the same side and they're supposed to be on different sides, and usually when that happens the guy in the back says "go through." And I start yelling it out, and before I do, the guy says it. And I turn to our assistant and I was like, 'they don't need us to tell them these things, you know. They're just doing it.' You know the guys who were playing, the nine guys were just like, they were all on the same page, we were clicking," Kosmalski recalled.

Kosmalski was a star player at Division I Davidson and served as an assistant at his alma mater prior to coming to Swarthmore.

He talks about his favorite part of coaching.

"I would say my favorite and my least favorite are the same. It's the sacrifice and the discipline you need every day to do it well. So that's very tiring and at times exhausting. But also there is nothing better, and I told our team this the other day going in on a Sunday morning, building is empty and you're watching film of your team from the day before just trying to get better because you're going to practice at 1 that day. Family has to support you, because that's a little bit odd to be gone Sunday at 5:30 a.m., but overall you know you're doing it when other people aren't and you're prepping just to try and make your team be better," he said.

You can listen to the entire interview with Landry Kosmalski below, or subscribe to the KYW Newsradio original podcast 1-on-1 with Matt Leon wherever you get your podcasts.