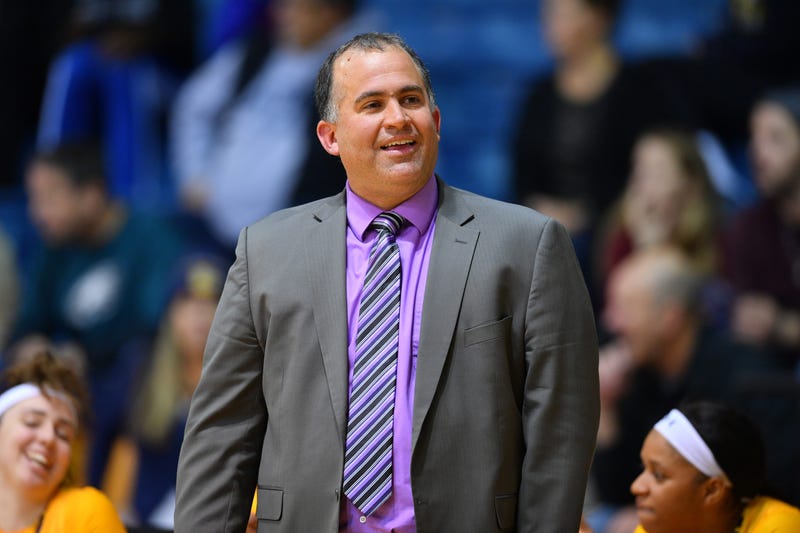 MacGillivray is an Archbishop Carroll and Temple product. Prior to his arrival at La Salle, the Philadelphia native enjoyed a long, successful run as an assistant and associate head coach at Quinnipiac.

Now he is living the dream these days at the helm of the Explorers.

"Honestly, all I really wanted to do was coach in the Big 5 here in this town," he said.

In addition to his career as a coach, MacGillivray is also a father to eight kids. He talks about how his career and his family come together and make both worlds better.

"When the game ends, and it doesn't really matter what the scoreboard says, I've got a bunch of little kids running up to me to jump on me and hug me and they want to slap me high five before I go into the locker room," he shared.

"That takes the edge off, right? I go into the locker room a little less ferocious then maybe I would've had that not been the case. So they add the perspective and the balance that I think makes playing for us at La Salle a great experience for our players. Because I don’t ever lose sight of the fact that, yes, they are basketball (players) and this is really important and we want to be great (but) it's not everything.”

You can listen to the entire interview with Mountain MacGillivray by checking out the latest episode below of the KYW Newsradio original podcast, "1-on-1 with Matt Leon." Subscribe on the RADIO.COM app or wherever you get your podcasts.
Matt Leon can be found on Twitter @MattLeon1060.