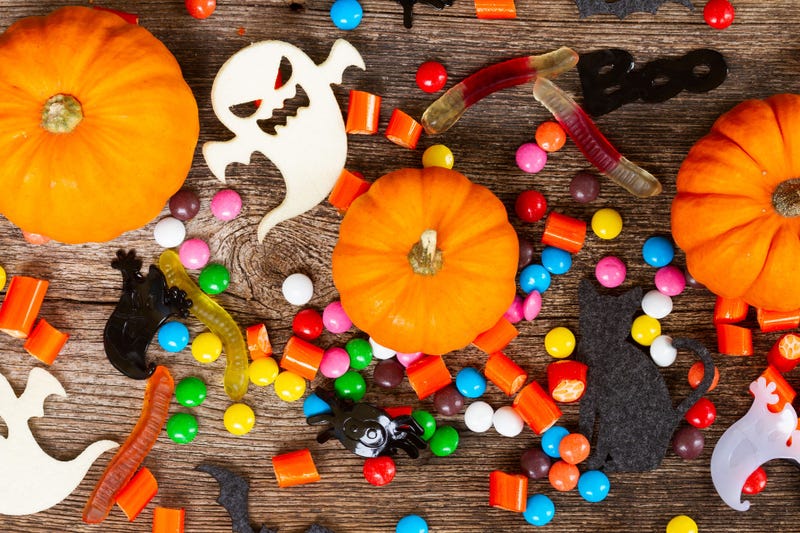 October 25, 2019 10/25/2019 2:51 pm
PHILADELPHIA (KYW Newsradio) — The trash component of Halloween is horridly high. The square footage of candy wrappers rivals that of holiday giftwrap, with the added eyesore of almost instantly becoming litter in streets and, later, in waterways.

If you’re going for gobs of pre-packaged candy to hand out to the goblins, choose the kind in eventually biodegradable paper boxes instead of plastic wrappers.

Lore’s Chocolates on S. 7th Street has been producing sustainably sourced chocolate for more than half a century and is currently working to obtain Fair Trade certification.

"We know that consumers are prioritizing sustainability now more than ever," Lore's owner Maureen Walter told us. "Our sustainability mission is vertical: Support fair wages to the cocoa-farming families, employ a local workforce in our two locations, in North Philadelphia and Center City, with a future goal of promoting Philadelphia-based initiatives."

The dairy products in Lore's confections come from Lehigh Valley Dairy Farms, while seasonal fruit, such as blueberries and strawberries, travel just across the river from New Jersey growers.

"Our packaging is biodegradable, printed with soy ink. Our shopping bags are biodegradable and reusable. And there's no food waste," Walter declared. "Everyone eats what they purchase!"

Lore's even makes a conscientious effort to eliminate all excessive packaging, such as the plastic inserts commonly used in the candy industry.

But if you’d like to (gasp!) go candy-free this Halloween, there are scads of not-so-scary surprises that are easier on the planet and still fun for a young 'un.

This list has some pre-wrapped (and therefore, waste-heavy) options, but consider some of the items that have a longer life and utility (mini board books and flashlights, activity sheets printed on recycled paper).

Mother Earth would approve of little pumpkins from the garden center or clementines with Jack o'lantern faces added to the outsides with a sharpie, or seed packets for planting.

Festive pencils might come in handy while some kids love fresh new crayons. They can be bought in bulk and grabbed by the handful instead of pre-packaged. Or go for upcycled crayons in Lego-like shapes.

However you're treating this holiday, there's at least 1 Thing you can do to prevent the remains of Halloween 2019 from haunting us — and the landfills — through holidays to come.