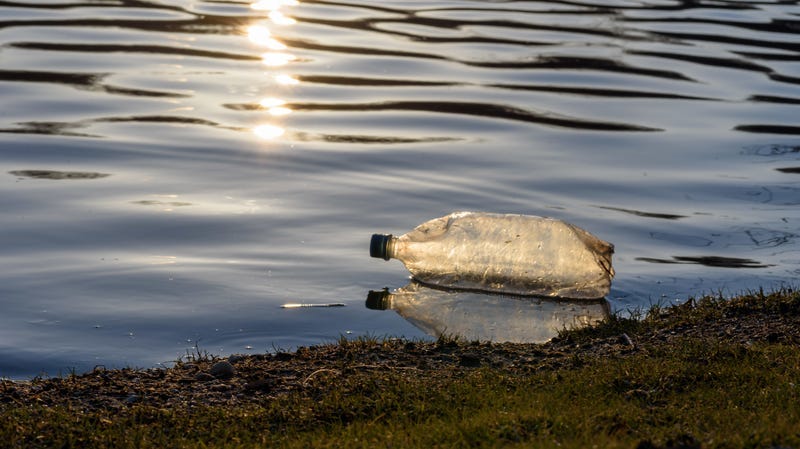 Dropping debris along or near Pennsylvania roadways carries a stiffer penalty in 2019. There are still fines for getting caught trashing roadways ($50 to $300 and up to $1,000 for repeat offenders), but PA Act 62 also requires a convicted litterbug to pick up litter or illegally dumped junk for five to 30 hours within six months.

In addition to the increased fines and community service, imprisonment for up to 90 days is an "and/or" possibility too.

Maybe that will be enough of a deterrent to curb some of the selfish and slovenly behavior that leaves us with so much litter lying around. But in the meantime, it awaits the annual army of volunteers.

Community groups are mustering the recruits. Now in its 15th year, the 2019 Great American Cleanup of PA begins March 1 and organizations across the Commonwealth are listing events at its website through May 31 to clear the trash from highways, byways, and even waterways.

Yup, grab a grabber or an oar - there are all kinds of ways to get it done.

The Friends of the Delaware Canal are recruiting paddlers against pollution along with troops in galoshes to fight the clean fight along all 58.9 miles of the canal and towpath from Bristol to Easton.

Some 300 volunteers are expected at its annual cleanup day, which will be on April 6 this year.

FODC spokeswoman Susan Taylor says over a dozen canoes and kayaks take part every year, and are especially valuable in the canal sections.

"The waterway of the Delaware Canal is 40 feet wide, so invariably there will be trash floating just out of reach of the longest-handled hook rake," Taylor explained. "Trash also accumulates on the berm bank of the canal - the side opposite the towpath - and can only be accessed through private property. Trash picking by boat eliminates the frustration of wanting to clean up stuff, but not being able to get to it."

Every Cleanup Day brings its surprises, and Taylor listed some of the weirder debris fished out over the years.

The most challenging was a tire in which a snapping turtle had taken up residence, which was "definitely a surprise," she said.

She said they have also taken out "50-plus beer bottles, each in a paper bag."

They have also found a very large men's high top sneaker on which velvety green moss was growing. "It could have been an entry in the Philadelphia Flower Show," she added.

The most disgusting and "what were they thinking" finds were five packs of intact shrink-wrapped meat rotting away.

"It never ceases to amaze me that people think that if they throw something in the water, it will magically disappear without consequence," Taylor said.

But litter can live even longer in a photograph. Where there are litterbugs, there are often shutterbugs, documenting dumped debris for fun and prizes. The Pennsylvania Resource Council sponsors a Lens on Litter photo contest every year, collecting hundreds of images of litterbugs' messes.

The most dramatic images are displayed at their website and at Ridley Creek State Park's Environmental Living Demonstration Center. They'll welcome your snaps through October, no matter how nasty, with the understanding that you clean up your subject immediately after snapping!