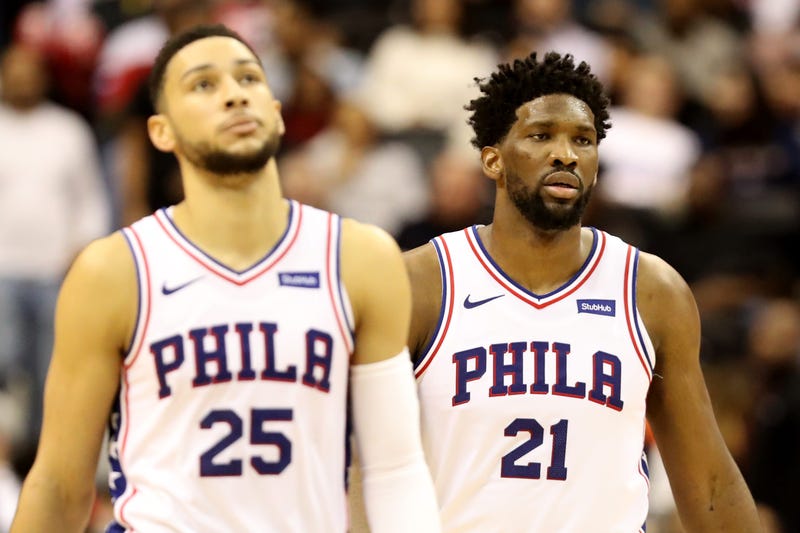 PHILADELPHIA (KYW Newsradio) — With a record of 37-24 heading into Tuesday night’s game against the Lakers, it’s obvious the 76ers are underachieving this season.

After back-to-back second-round exits, some believed Joel Embiid and Ben Simmons would have taken their games to the next level, with the help of complementary players like Tobias Harris, Al Horford and Josh Richardson.

However, a synchronized offense has definitely been an issue with the Sixers’ uniquely constructed roster. Embiid is injured again, and Simmons has yet to display a jumper in his in-game repertoire.

This season, there has been a lot of outside scrutiny saying Embiid and Simmons don’t work well together because of their playing styles — which others argue is ridiculous, especially after consecutive 50-plus win seasons. Not to mention, these all-stars are just 25 and 23 years old, respectively.

The Sixers are currently on a four-game West Coast trip, and the topic of Embiid and Simmons — as well as the attempt to add expensive players around them — traveled with the players.

“I personally am convinced that those two are going to win a championship at some point in their career, that they for sure can coexist,” Brett Brown told reporters, via NBC Sports Philadelphia's SportsNet Central program. “The myth that they can’t is just so abused and not articulated the way I see it. But this whole expectation, anticipation is just part of the journey that we have been on the past seven years.”

If the Sixers didn’t have a dismal road record of 9-22, their overall record would be much better, and they wouldn’t be sixth in the Eastern Conference heading into Tuesday night. It’s quite possible all this noise wouldn’t exist with a better record.

The only way to silence these critics — once Embiid and Simmons return from their respective injuries — is to improve exponentially on the road and make a run into the postseason deeper than the second round.

Until that happens, the skepticism about Embiid’s and Simmons’ compatibility will continue.