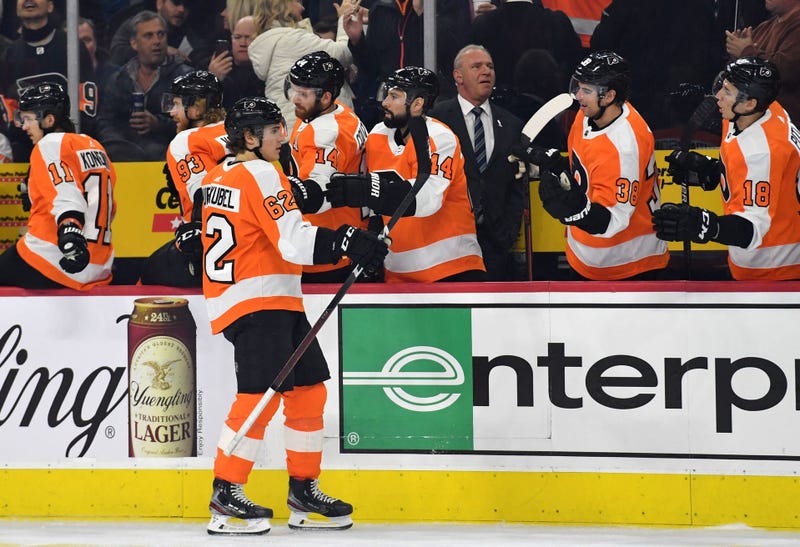 PHILADELPHIA (KYW Newsradio) — If you had asked Philadelphia sports fans in October which winter team had the best chance for a parade in 2020, I’d be shocked if many would have said the Flyers. The 76ers were expected to be one of the top two teams in the East, with some picking them to make it to the NBA Finals. Meanwhile, the Flyers were stuck in mediocrity.

Fast-forward to present day, and you'd probably get a different answer.

The Flyers currently present more hope than the injured and tumbling 76ers. They've won six in a row, and nine of 11, while the Sixers have an absolutely dreadful 9-22 record on the road after dropping eight straight away from Wells Fargo Center (part of 14 out of 16).

The Flyers are three points behind the Capitals for first place in the Metropolitan Division, with a huge game in D.C. coming Wednesday night. The 76ers are barely holding the fifth seed in the East, unable to move up in the first round. They’re an amazing 28-2 in South Philadelphia this season, so it would behoove them to play more home than away games in the postseason.

The Flyers have a good mix of youth and experience, building solid chemistry throughout all four lines. Their defense is much better, and they have 21-year-old goalie Carter Hart, who’s showing the world that he’s the real deal.

In the meantime, on-court chemistry is a problem for the 76ers, especially among their uniquely constructed starting five: Joel Embiid, Ben Simmons, Tobias Harris, Al Horford and Josh Richardson. It doesn’t help that Embiid and Simmons are injured, as is Richardson, who landed in concussion protocol after leaving their 136-130 loss at the Clippers with a nose contusion. For the Sixers' sake, hopefully this doesn’t shelve Richardson. The Western Conference-best Lakers are up next Tuesday night.

To cap it off, the Flyers have a first-year coach in Alain Vigneault, who clearly made a positive impact. Vigneault has a history of success upon joining franchise. Compare this to Brett Brown, in his seventh season as the 76ers head coach. He has done a very good job with back-to-back 50-plus win seasons. However, fair or not, Brown’s job security is in question, especially if this team doesn’t go beyond the second round.

Are the Flyers peaking at the wrong time? Possibly.

Can the 76ers turn the season around with the talent on their roster? Absolutely -- especially if they show the same heart as in Sunday’s loss to the Clippers.

For now, the Flyers are generating much more excitement in town, and rightfully so, considering they way they’ve climbed in the standings.