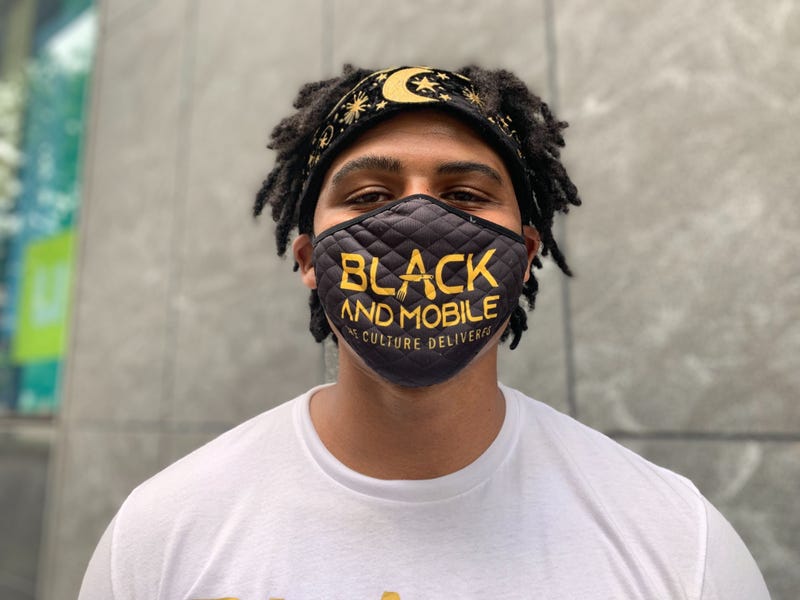 July 10, 2020 07/10/2020 8:00 am
PHILADELPHIA (KYW Newsradio) — Philadelphia-based food delivery service Black and Mobile is expanding to its third city this month. The small company is thriving during the COVID-19 pandemic and these times of social unrest.

The company is the vision of 25-year-old David Cabello, whose aim is to support Black-owned restaurants and keep money circulating in the Black community.

This month, Black and Mobile is opening service in Atlanta, which will be its third city. They launched in Detroit in March.

Cabello says when the pandemic shut down U.S. businesses, there was high demand for delivery. And since the Black Lives Matter protests took off, there's been an even greater demand for his services from people of all ethnicities.

"Food definitely brings people together. I've never seen anyone unhappy when I'm delivering the food," he said, "unless the food is late — but we ain't gonna talk about that!"

"When they support me, they're not only supporting my business, they're also supporting the Black-owned restaurant, and they're also helping me create employment opportunities. The independent contractor, the driver, they're also considered their own business. So that's three Black-owned businesses that you get to support, making the dollar circulate in our community even longer."

And those dollars are growing. Cabello says he says he did about $25,000 worth of business last year.