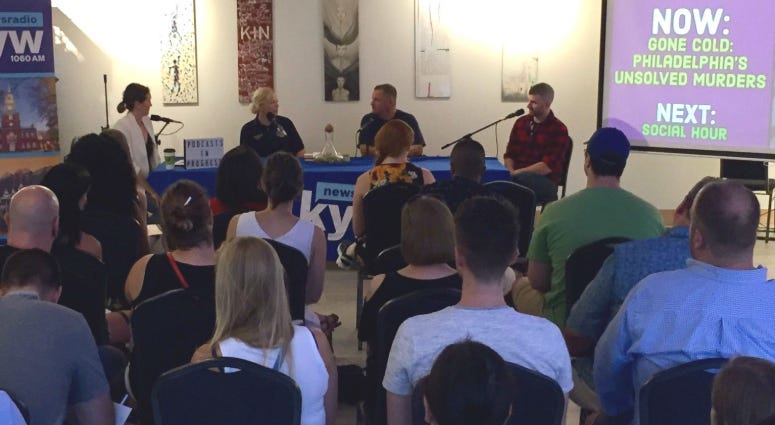 Philadelphia crime scene investigators Jacque Davis and Greg Yatcilla join the show and dive into what they do when they arrive at a scene and how they gather evidence and decide what to test.

"Every scene is different," said Davis. "We have to go through a lot of different things. We're getting fed information left and right, and ... there's a lot of emotion. A lot of the stuff that you see out there, you think you become callous to it, but you don't."

Yatcilla noted the importance of critically thinking while collecting evidence at a scene, and how detail-oriented they have to be at each one.

"You kind of formulate an opinion when we're out there as to exactly what happened. Once we leave a crime scene, we can only speculate on the photos we take and where we take the evidence from. So we're trying to formulate what happened at that location prior to us leaving that location,” Yatcilla added.

Tom and Kristen also update the seven cases they’ve covered for the podcast, including the case of Officer Fred Cione, the only unsolved murder of a Philadelphia police officer.

You can listen to the show below, on the RADIO.COM app, or wherever you get your podcasts.
Gone Cold is an original true crime podcast about unsolved murders in the Philadelphia region. You can follow the show on Twitter @GoneColdPhilly, Instagram @GoneColdPhilly, and join the Facebook discussion group.