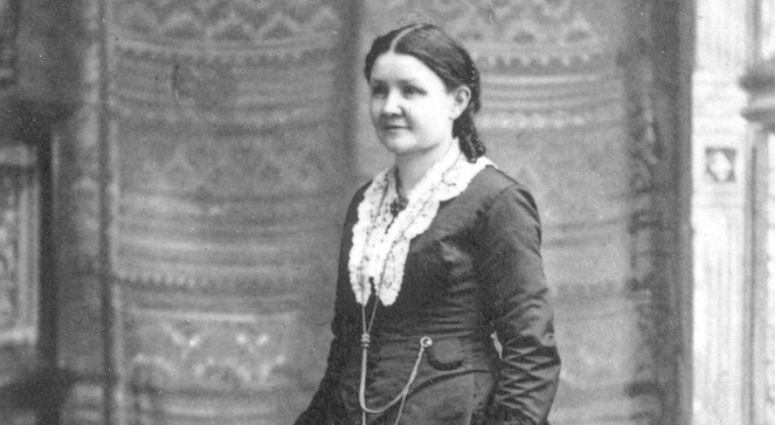 August 6, 2020 08/06/2020 9:00 am
PHILADELPHIA (KYW Newsradio) — Philadelphia women played a number of leading roles during the late 19th and early 20th centuries, as the push for women’s voting rights picked up speed.

However, the momentum was slow, especially for one woman in particular, who was instrumental in cracking open the door in Pennsylvania for future generations of women and the law profession itself.

By age 11, both her parents had died, but she managed to continue her education on her own. She headed west, where she eventually became a teacher in Wisconsin. She then attended medical school and earned her degree in 1865.

After the Civil War, Burnham came to Philadelphia to apprentice law under Damon Kilgore. At the time, it was very common to do a one-on-one apprenticeship.

Kilgore was an interesting character himself. He was formerly a Methodist minister, then later a teacher, and finally a lawyer in Philadelphia after the war.

Shortly thereafter, in 1871, Burnham applied to the University of Pennsylvania Law School — and was rejected.

“In the same year that she applied to law school, she also asserted her right to vote,” explained Bridget Crawford, professor at the Elisabeth Haub School of Law at Pace University. “She tried to vote in Philadelphia,” in city and county elections.

Her vote was refused as well — so she sued.

“Applying to law school and voting was very much a part of a larger strategy to bring attention to the issue of women’s rights,” said Crawford. “Her argument was part of a national strategy called the ‘New Departure.’ It was a women’s suffrage strategy, asserting that no special action was required on the part of the legislature or the courts; that women, like all citizens, had the right to vote.”

According to the Philadelphia Bar Association, she applied to attend lectures by prominent Philadelphia judges at Penn, applied for the bar, fought to change state laws, and continued to reapply when she was denied entry into law school.

She was able to practice law, though Crawford noted there are few records on her legal career. She likely worked with corporate clients and general representation, as well as some work in juvenile justice.

Burnham Kilgore maintained a private life, but she and Damon Kilgore were very active in the women’s suffrage movement. They joined progressive circles that tried to advance general civil rights.

Crawford said Burnham Kilgore became a member of the Citizens’ Suffrage Association. While Damon Kilgore was a minister, he invited Lucy Stone, an early women’s rights proponent, and William Lloyd Garrison, a prominent anti-slavery advocate, to speak to his congregation.

Burnham Kilgore did not get to see how the law profession broadened for women, nor did she witness the passing of voting rights for women. She died in 1909 — 11 years before the 19th Amendment was ratified.

However, her relentless tenacity, on behalf of women in the face of adversity, continues to live on today.