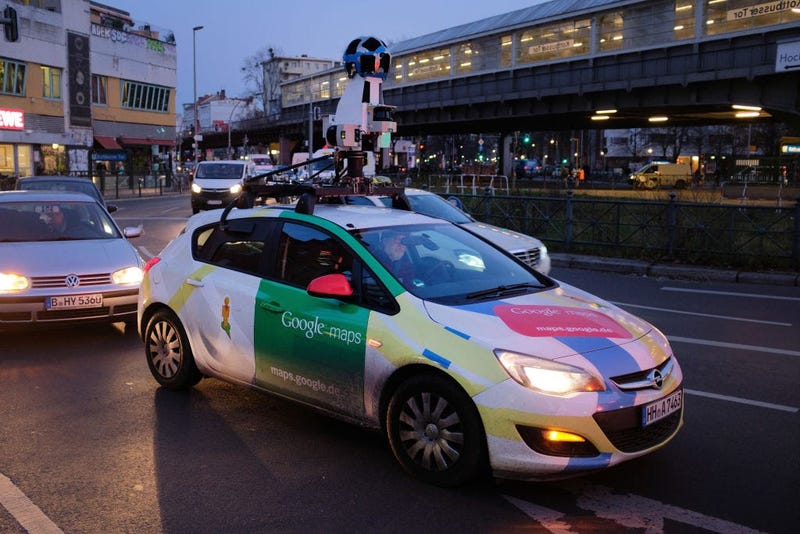 A Bellevue, Washington man filed a police report against Google because its street view feature shows a 360-degree view of his house. But his house is a tenth of a mile up a private road, so he claims the Google street view car had to drive onto private property to take them.

Creepy — but is it illegal? Even the Bellevue police aren't sure.

They said there is a distinction between a private road with multiple homes and a private drive, like a driveway, which is on private property.

For its part, Google said that it takes privacy very seriously — so says the company whose name is slang for "find out everything this person ever did in his lifetime plus any embarrassing photos that may exist."

Google said it provides tools to flag inappropriate or sensitive imagery for review and removal, which might be a better way to go than filing a police report, since it attracts press attention and gets more views of the photos than just having them there in the first place ever would.