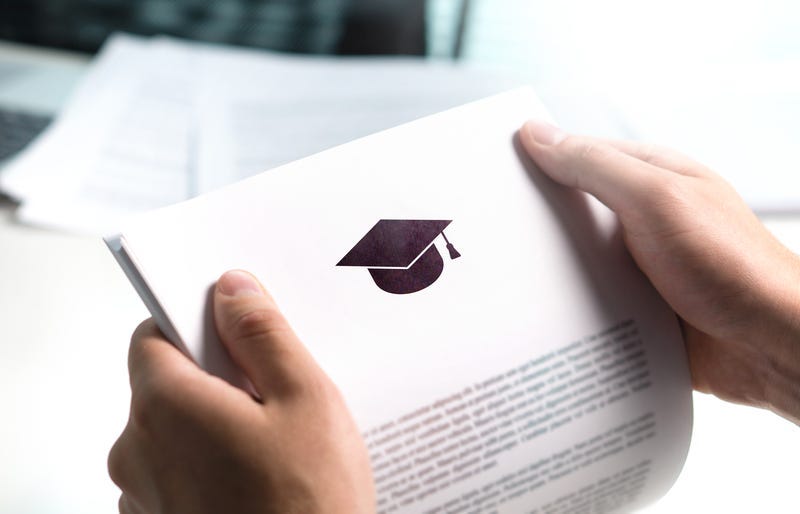 March 7, 2019 03/07/2019 8:30 am
By Amy E. Feldman, Judge Technology Solutions
PHILADELPHIA (KYW Newsradio) — It's college acceptance season, but what if the college sends out an acceptance in error?

The University of South Florida became the first college in 2019 to accidentally send out letters to 430 students telling them they had been admitted, when really they'd been rejected.

The acceptance letter was sent in January to all applicants — even those who hadn't been accepted.

Carnegie Mellon, Johns Hopkins, and many others have mistakenly raised and then smashed the hopes of applicants. So does a student who gets an acceptance letter have a legal claim either to attend or to sue the college for the mistake?

The answer is no. Virtually every school now has a disclaimer on its application that allows it to revoke admissions — even when the acceptance wasn't a mistake. Some states allow claims for negligent infliction of emotional distress, but being bitterly disappointed wouldn't be enough to make the claim.

And remember: You wouldn't want to go to a school too dumb to see what a treasure you are — or one that makes a mistake like this.