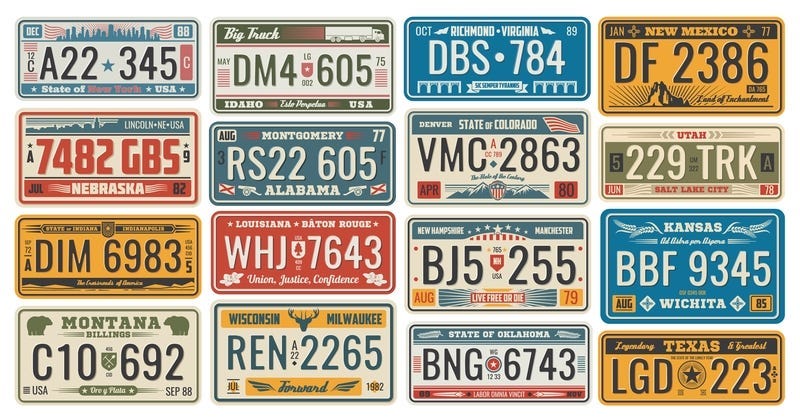 The whole state issued a recall of the plates after several complaints about the three letters "JAP," which residents felt was a racial slur. The state will replace the plates free of charge.

Come to think of it, what is the law on what goes on those plates? Every state independently registers motor vehicles and has its own requirements.

In most states, the plates have five to seven digits, though you may be allowed to have up to eight characters for a vanity plate of your choosing (for a fee, of course).

They are usually assigned in ascending order, starting with AAA-001, which is how Kansas got to the sequence of JAP.

Thirty-one states currently require a license plate on the front and back of the car, while 19 states, including Pennsylvania, only require rear plates.

It is illegal to obscure the license plate, and violating the law will get you a ticket of up to $200, so you and the state of Kansas will get to know three other letters: "D'oh!"