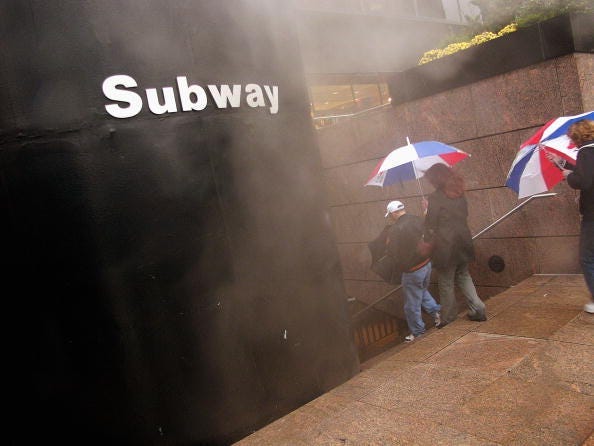 March 27, 2019 03/27/2019 7:30 am
By Amy E. Feldman, Judge Technology Solutions
PHILADELPHIA (KYW Newsradio) — A woman who claims the sight of an oversized advertisement of "Dexter" star Michael C. Hall caused her to panic and fall down the stairs at Grand Central Station has sued Showtime.

She said it was reckless of the network to put the disturbing and fear-inducing poster on the stairway, and hazardous of the New York City Transit Authority for creating the condition.

Is that how far we've come? If you advertise a scary show and it scares people, you have to pay them for panicking?

In order to sue someone and win, a plaintiff has to show that the person they're suing had a legal duty to keep him or her safe.

The judge said that Showtime did not owe her a duty of care and didn't create any kind of a dangerous condition. As for NYCTA, the judge said there was nothing wrong with the staircase — she's the one who tripped.

The answer: You're not a person. You're a poster. And you didn't cause her to get hurt.