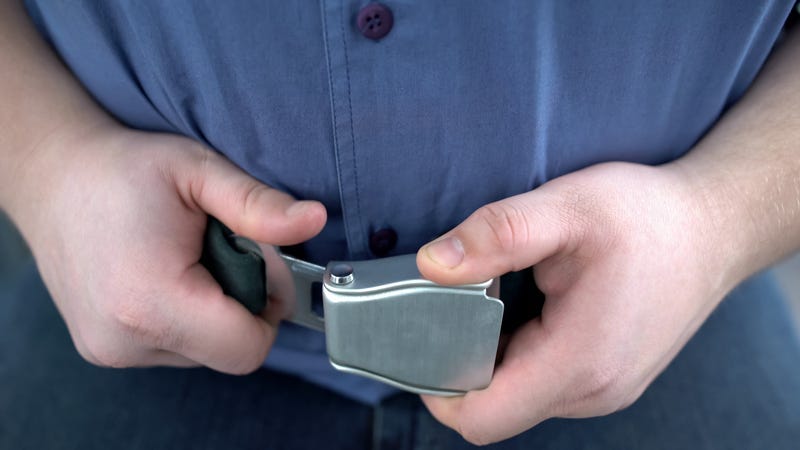 A British Airways passenger sued the airline for back injuries he claims were caused by having to sit next to a 6-foot-4-inch, 300-pound man who was so big he had to force the armrest into his buttocks crack.

Ew. Too much info, dude.

The average airline seat is currently only 17 inches, but what is your legal right to protect those 17 inches from encroachment by a neighbor who is "of size"?

By regulation, passengers have to be able to buckle a seat belt, either with or without a seat belt extender. But there's no law that protects your rights against someone who takes up some of your space.

Some — but not all — airlines have policies that say if a passenger must use a seat belt extender or if a passenger can't lower an armrest (buttocks placement notwithstanding), he or she must buy two tickets, so you should discreetly ask the cabin crew if you can move to a different seat.

The injured, skinny man lost his case — both because he hadn't asked to switch, and because the judge said he had unrealistic expectations of how much space he should have in economy.