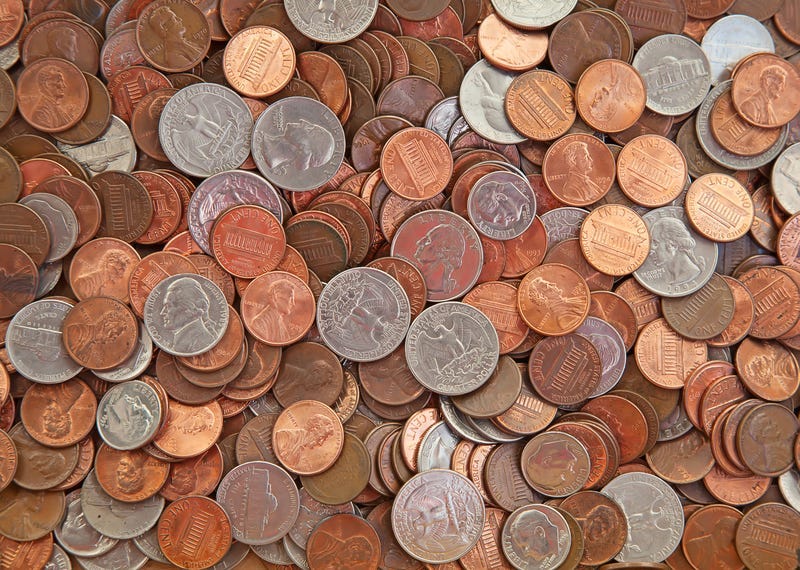 February 5, 2019 02/05/2019 8:15 am
By Amy E. Feldman, Judge Technology Solutions
PHILADELPHIA (KYW Newsradio) — A group of pranksters in Russia recently filmed themselves walking into an Apple store with a bathtub filled with 100,000 rubles to buy an iPhone. It took two hours to count the coins, but the Apple store took them.

With more and more businesses refusing to accept cash, you want to know: If you walked into an Apple store in the U.S. with a bathtub full of pennies — or dollar bills, for that matter — do they have to take coins or bills as payment?

Under the Coinage Act of 1965, all U.S. coins or bills are considered a valid form of payment — but there's no law that says a business has to accept it. That's why businesses are allowed to say they won't take cash or coins.

But because it's harder for poorer people to get a credit card, the state of New Jersey and cities like Philadelphia and New York are considering banning businesses from refusing to accept cash.

Before those laws are passed, maybe a word to the wise: If a group of Russians walk into your store with a bathtub of coins, accept it.