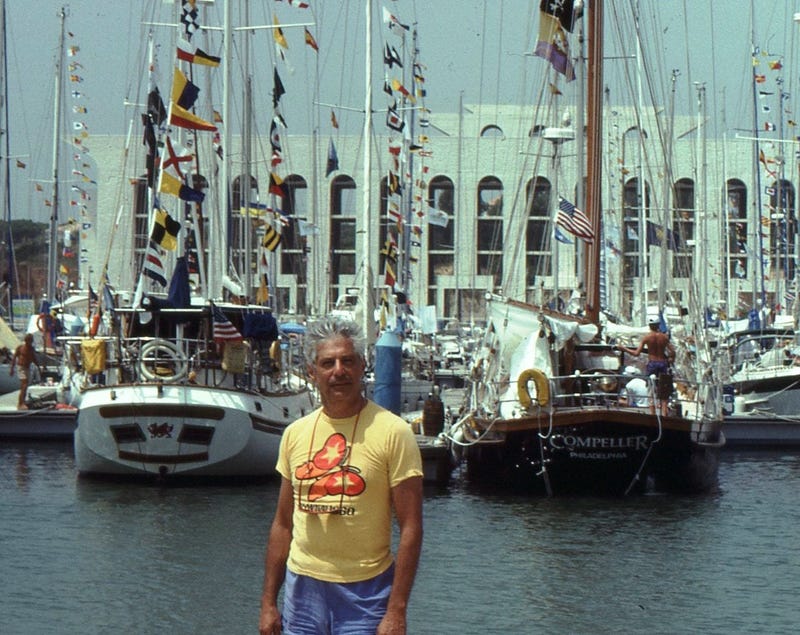 As I head off into full retirement, memorable news assignments come to mind that turned out to be the ultimate getaways.

My coverage over the years included royalty and rascals, triumphs and tragedies. But one of the most memorable stories was a reporting romp at a beer tapping contest in Amsterdam. It ended with an invite from Freddy Heineken for a midnight flight to Paris, where I was stranded as the brewery tycoon flew off.

In Philly, I was assigned to spend five days riding with the Bicentennial Wagon Train, when it approached a finale at Valley Forge. As the park came in sight, I asked a 12-year-old who had ridden the wagons from California what she most got out of the experience. Her memorable reply: "blisters."

But the dream assignment came in 1992. I spent a month on a 52-foot sailboat cruising from Spain to the Madeira and Canary Islands, tracing the 1492 voyage of Christopher Columbus.

On the 500th anniversary of his sailing, I reported live on KYW Newsradio from Spain and marveled at how far technology  in navigation and in broadcasting had progressed.

He had a primitive quadrant to find latitude. I had GPS. He had a megaphone. I had a radio, and today, a satellite.

In full retirement, I can only but dream of what adventures our media holds for the next generation.