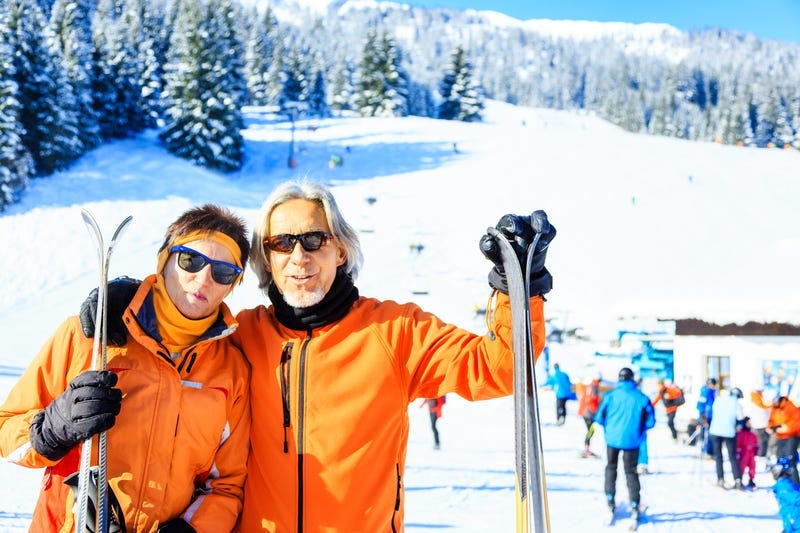 A bit of history: When I started skiing, wooden boards and lederhosen were still the norm, and people wore patches that said, "70-plus ski club."

Those veteran members skied free all over the country. They were few, but dedicated.

As we began living longer and healthier, the numbers grew and the free passes dwindled. It isn't unusual now to see skiers in their 80s — even 90s — show up to the slopes.

A senior skiing acquaintance spells it out: "I've slowed down a little bit, but I still enjoy going out there. You set your own limits."

Here in eastern Pennsylvania, most ski areas still encourage the 70-plus crowd with free skiing. You'll find it at Spring Mountain, Bear Creek, Blue Mountain, Camelback and Shawnee. And on weekdays, you'll own the mountain.