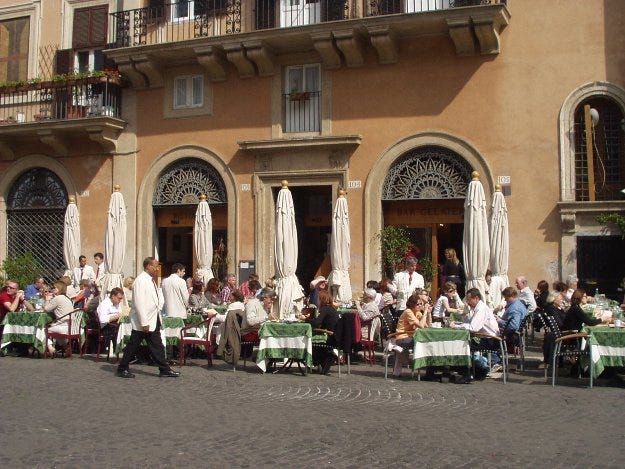 The deck was covered in a fine, red sand, blown to sea from the Sahara Desert. By the time it was cleaned and we went ashore, the pub was open.

About three sips into a beer, we heard English, looked up, and saw CNN broadcasting world news from London. The year was 1992, and no one even thought about the concept of "unplugging."

Today, it's the first thing that travelers are thinking as they seek getaways from a turbulent world. But I have mixed feelings on that. When traveling domestically or abroad, I still want information — just not so much of it.

Why stay in touch

Don't you want to know the weather forecast at your island hideaway? Maybe post a beach selfie to annoy friends on social media in frigid temps at home?

How about knowing what's happening outside your hotel door, where demonstrations can turn nasty? Or checking on major events at home that could affect your well-being when the party is over?

How to stay mildly plugged

A morning wake-up with a quick international fix in English is easy with an array of global all-news stations. The most respected is the BBC World News.

If you favor CNN or Fox at home, you'll find them at your getaway destinations, but with more news and less opinion.

There's a certain amount of sophistication attached to sitting at cafes in European cities over a morning coffee while scanning the international edition of The New York Times.

But to find out what's happening a few blocks away, you may want to find a local paper published in English. Many cities have them.

Today, it's important in destinations that are prone to strikes and demonstrations. Paris comes to mind this year. Last year, it was Paris and Barcelona.

How about the internet?

Sure, the internet can be the most immediate and vital form of communication when traveling. But unless you have free Wi-Fi, browsing can get expensive.

Most cafes in cities and hotels do have Wi-Fi. In the countryside, it can be spotty. Local libraries are reliable connection spots.

It's a good idea when planning an overseas trip where the destination tongue is not your own to study the everyday language basics to help you get around, read weather forecasts, order in restaurants and deal with emergencies.

Some travelers listen to audio lessons. I do best with tutorial books like the "Spanish Made Simple" series, available from Amazon in several languages.

One bit of good fortune: When it comes to weather forecasts, the graphics pretty much spell it out in the universal language of pictures.