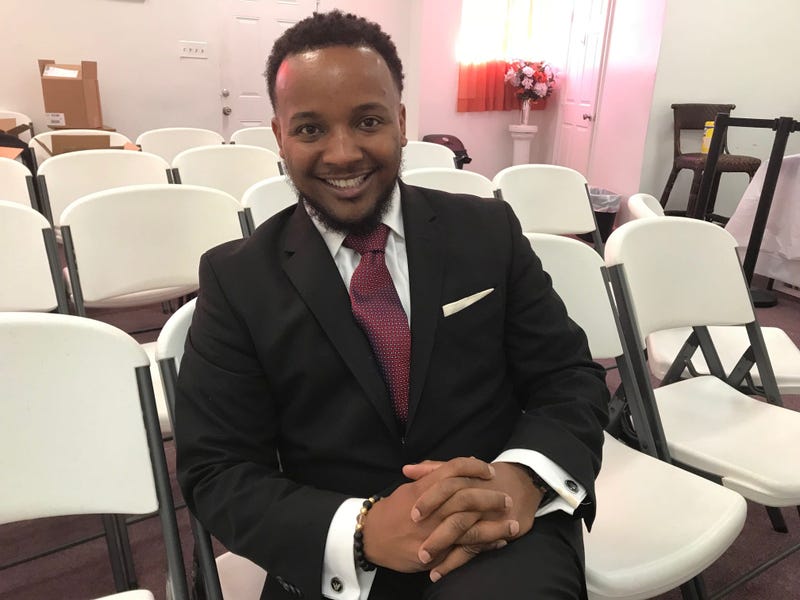 February 13, 2019 02/13/2019 11:00 am
PHILADELPHIA (KYW Newsradio) — Keon Gerow, pastor of Catalyst Church in West Philadelphia, describes his congregation as one of activism and progress.

The Morehouse College and Princeton University graduate grew up in poverty in Baltimore. He did not know his father, but his single mother, despite their income status, taught Gerow how to make change at an early age.

"She had us on protest lines and at petition signings and at city council meetings," recalled Gerow.

He said he and his best friend dreamed of becoming lawyers and going back to their hometown to create positive change.

Although Gerow's calling was the Christian ministry over law, he said he lost his way while living in Atlanta — the heart of the Bible Belt.

"I had seen too much and I was tired and disillusioned and was absolutely overwhelmed with the hypocrisy I saw," he said. "We had too much steeple competition going on and too much megachurch rivalry going on. I was disheartened with the black church."

Gerow stopped going to church while he was in seminary. He believed churches should impact change in communities.

While at Princeton, a friend invited him to go to church in Philadelphia. After a year of invites, he went. Gerow joined Mount Airy Church of God In Christ the first Sunday he went to visit.

"I felt led to stay in Philadelphia and I eventually moved here," Gerow added.

He said the leaders and members of the church worked in the community, helping people who were burdened by addiction or homelessness. Gerow saw how the church bought property and rented it out to those in need. Eventually, he started his own church.

We want all of our Visitors, as well as our Members, to feel welcome at Catalyst! Love Somebody! Hug Somebody! We hope you are enjoying your week! pic.twitter.com/hAbXGsf517

"I was scared and I didn't want to," he admitted. "Besides marriage, it was the most fearful thing I have done in life."

Ten years ago, he founded his own church. Since then, he's worked to be a seed of change. He uses the church to tackle real social issues, ranging from sexual violence to stop-and-frisk.

Gerow said his church is working to protect the city's most vulnerable, and changing the game by preparing a path for the next generation.

"I want to leave the world better for my children," he said.

GameChangers is led by KYW Newsradio's community affairs reporter Cherri Gregg and recognizes 10 individuals or organizations that are making a positive impact on communities of color. For a full list of 2019's GameChangers, visit kywnewsradio.com/gamechangers.