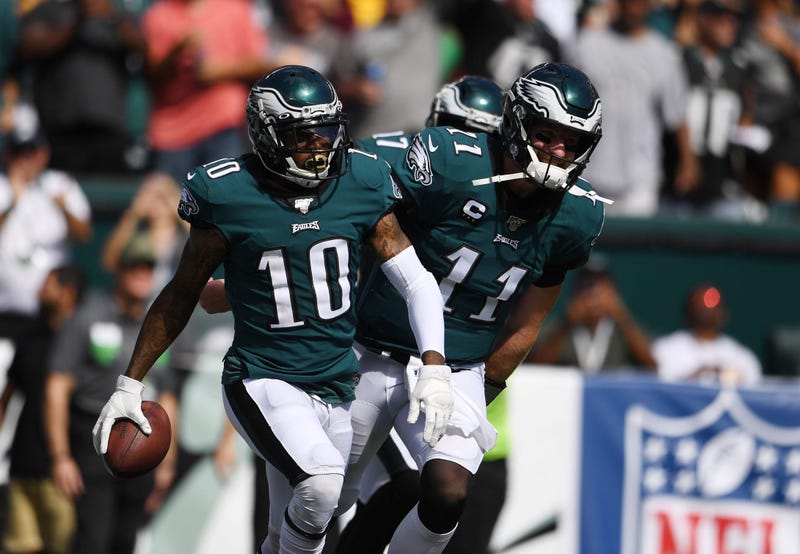 PHILADELPHIA (KYW Newsradio) — It wasn't pretty for the first half, but the Eagles picked it up on Sunday and got a win against the Washington Redskins 32-27 at the Linc.

Merrill Reese, the Voice of the Eagles, says the game hit a turning point when Carson Wentz hit DeSean Jackson with a touchdown pass in the third quarter. The stadium erupted, the Eagles spring to life, and they dominated the Redskins for the rest of the game.

"It's amazing. It is truly amazing that a guy can go plus-30 and still maintain that amazing speed. He's the same DeSean Jackson who was exiled from here years ago, but I'll tell ya, he's a very, very special football player," Reese says.

Listen to more of the conversation: