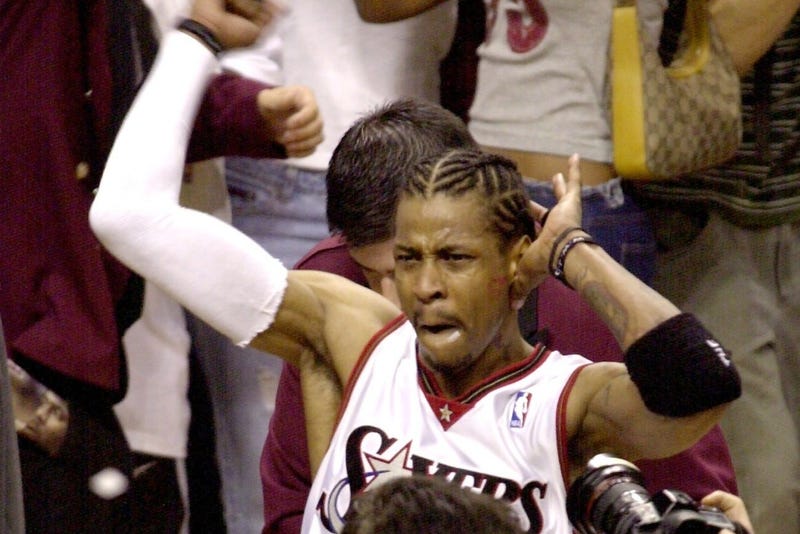 We saw it last year when Kawhi Leonard’s heartbreaking buzzer beater eliminated the Sixers with four of the longest, loudest and most agonizing bounces in Philadelphia sports history.

It was a reversal from a similar situation with the 76ers and Raptors, 18 years prior, except the site was Philadelphia instead of Toronto, and the game wasn’t tied in its defining moment.

On May 20, 2001, the capacity crowd at the then-First Union Center saw their Sixers leading the Raptors 88-87 with 2 seconds left in the game.

Dell Curry, father of Warriors superstar Steph, was inbounding the ball the from the left sideline. McKie and Hill correctly expected a screen set for Carter on the right elbow.

“He’s Option A, and we knew that coming out of the huddle,” McKie said. “Because of our communication before the play took place, we said we was gonna switch it.”

The Raptors superstar, who dueled with Allen Iverson for seven games, had a chance to get the last laugh by denying Philadelphia one of its most memorable springs. He came off the screen, received the ball from Curry and eventually found himself right above the left corner.

“Ty was right there. He was there to contest it,” McKie remembers.

However, Carter also pumped fake to get Hill in the air.

“Vince, I thought he got a good look.”

He most certainly did.

“Ty contested it and, again, luck played on our side.”

Carter’s shot bounced off the rim, instead of through, and the Sixers advanced to the Eastern Conference Finals for the first time since 1985. Now, 19 years later, it’s still the furthest they’ve advanced in the NBA Playoffs.

The 2001 76ers, who went 56-26 in the regular season, eventually advanced to the NBA Finals, where they lost to the Los Angeles Lakers. But their run that season was magical, and it created a generation of Sixers fans. Iverson was MVP. Larry Brown won Coach of the Year. Dikembe Mutombo, who was acquired in a post All-Star break trade for a package that included Theo Ratliff and Toni Kukoc, won Defensive Player of the Year. And McKie won the sixth man award.

“We had depth,” McKie said. “It started with us in practice and how we would compete and play against each other in practice.

“The second team will give the first team all they handle, and the practices were pretty competitive. We got along. We were tough. Physically, we were tough. Mentally, obviously.

“It started with Larry Brown and Allen Iverson, but you had a bunch of selfless guys that gave a lot of themselves to make it work. Everybody wanted to do their job and star in their role, and that’s what is important to any good team or any great team — or any family, for that matter — everybody just playing their role and doing their part.”

To hear the first part of KYW Newsradio’s three-part interview with Aaron McKie, subscribe to the KYW Sports Pod on the RADIO.COM App or wherever you get podcasts.