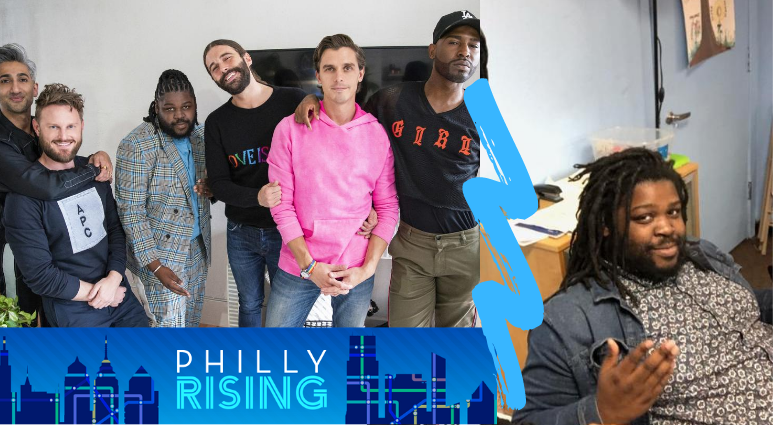 In a "Queer Eye" season 5 episode on Netflix, Wanamaker charms with his loving and generous personality. The talks about overcoming a tumultuous childhood, enduring challenges such as homelessness, losing loved ones to gun violence, and an estranged relationship with his parents. In the episode, Wanamaker reunites with his childhood mother-figure, Ruth, making for a tearjerking conclusion.

“The biggest change has just been, like, the celebrity aspect. I walk down the street now and people, like, stop me. 'OMG. You’re the guy from Queer Eye,'" Wanamaker said.

Wanamaker, who works with nonprofit Mighty Writers, also helped start a community service group with his friends, called The Block Gives Back. Wanamaker’s newfound popularity — and a plethora of Instagram followers — has helped his social justice outreach.

“The support has been amazing. People from all over the world — New Zealand, Australia — have been donating to us and telling us that they want merchandise and want to get involved however they can. We’ve had a ton of volunteers come from the show," Wanamaker said. "Right now we’re feeding the community every Saturday, and a ton of people just come to our shop and volunteer just because they saw the show. It’s been really big for us.”

Since his "Fab Five" makeover, Wanamaker says hearing from others how much he has inspired them has been motivational for him.

“Seeing the people who relate to my story, all the people who are still grinding away and finding ways to help other people right now is inspiring to me and it helps keep me going," he said. "I’m glad that I could contribute any efforts to make the world a better place.”

Wanamaker, who says he never watched the show or realized how big it was before he was featured, says working with the Fab Five was an experience of a lifetime.

“They’re very knowledgeable. And a lot of their experiences outside of what we know about them as celebrities and entertainers is very relatable," he said. "Bobby was homeless. We talked a lot about what it means to rise out of financial turmoil and make your own way. I’ve been doing a lot of this stuff without any mentorship, and having those guys around really helped guide my hand.”

As for what’s next for Wanamaker, he plans to continue to pursue his social justice endeavors and is hoping to figure out a way to channel that into modeling and photography. He says the Block Gives Back is also in the process of fundraising to help throw a back-to-school giveaway for students in the city.

“The easiest trap we can fall in is feeling like we can't have an impact on the world and that having an impact takes affecting thousands of people. Sometimes all it is is giving a guy a sandwich on the train,” Wanamaker said.