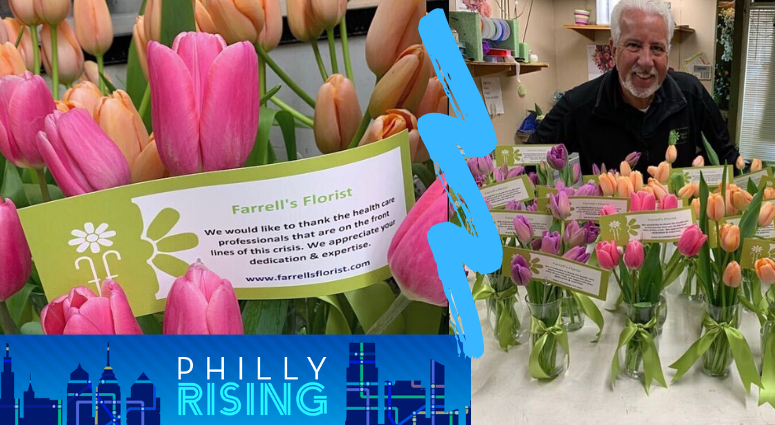 Coronavirus Mystery
PHILADELPHIA (KYW Newsradio) — Timothy Farrell has been in the floral business for 36 years, so he understands the power of a beautiful bouquet to brighten someone’s day.

Farrell says, usually around this time of the year, Farrell’s Florist in Drexel Hill is booked and busy with back-to-back events. However, the pandemic has changed things. Events such as weddings and graduations are canceled. People are still buying flowers, but more so for everyday purposes.

However, Farrell has found a way to stay busy.

“My daughter also is a medical worker," Farrell said. "She was furloughed from her work because she works in an outpatient testing center. Between the two of us, we decided to start sending things to hospitals and to nursing facilities and different front line workers so that we could just show our appreciation for what they do for the community,” Farrell said.

They started with tulips. Now they’re doing mixed vases with the seasonal flowers they can get their hands on.

A couple hundred bright and cheerful vases later, Farrell says the simple good deed has become a feel-good project for him — and the Delco community.

“People are very appreciative of it. ... Our point was just to let flowers be seen again and kinda brighten the smiles and days of the people who maybe are just having a rough day because of all they’re going through," he said.

Recently Farrell’s Florist began a “nominate a front front line worker” campaign to keep the positivity going. They select deserving individuals to send bouquets and thank them for their service.

“The more people can tell others that they appreciate what they’re doing, the better we're going to be in a situation like this.”