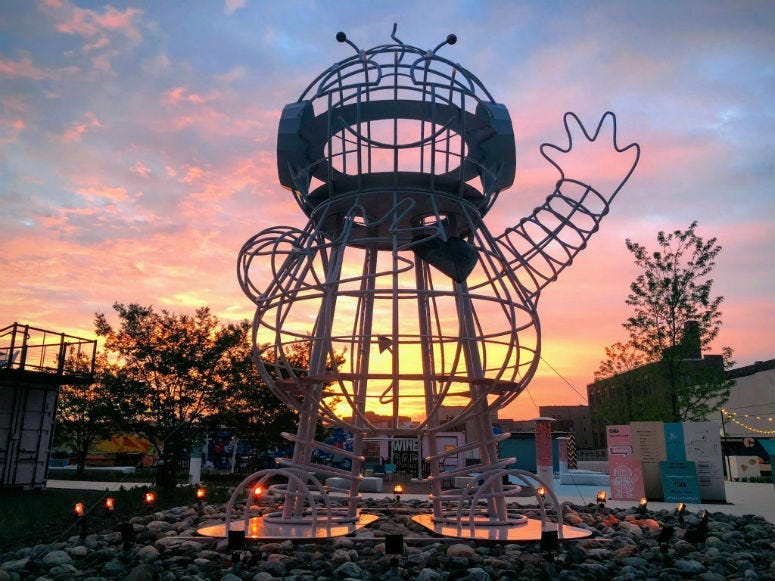 BEBOT is a 13,000 pound, 33-foot statue trucked to Philadelphia from the Burning Man festival in Nevada and it now is on full display at the new Piazza Pod Park in Northern Liberties.

"I think he is thoroughly at home in the city and I absolutely hope that Philadelphians will fall madly in love with him and become very attached to him," said BEBOT's creator London artist Andrea Greenlees.

"BEBOT was created originally for the Burning Man event in the Nevada desert that takes place every year, and every year they have a theme, and the theme last year was I, Robot," Greenlees said.

Now, BEBOT has taken up residence at the new Pod Park at Germantown Avenue and North Second Street.

"People find BEBOT so adorable and endearing they just want to go and give it a hug," said Hailey Schneider from developer Post Brothers.

At the Burning Man festival, people not only hugged it but climbed it and played on it. But for right now, it is not interactive here (although blown kisses will be allowed.)

"I'm very excited that he is there. I hope he will become an iconic landmark," Greenlees said.

The Pod Park, which officially opens on Friday, will feature lots of shopping, outdoor dining, entertainment and events.