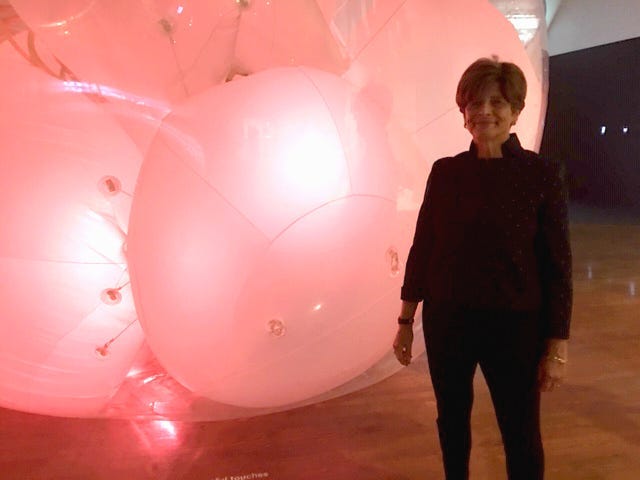 Kathryn Hiesinger, curator of decorative arts and design, said the exhibit, which collects 80 works that address challenges we may face in the future, is for your eyes and your mind.

"We have a huge, 16-foot inflated balloon filled with air and water connected to sensors to the ceiling, which breathes and relates to the carbon dioxide in the environment," she described. "As people walk around it, you can hear it sigh. It moves in and out and it changes color."

You'll see things in this exhibit you have never seen before.

"We are showing for the first time ever anywhere, two salmon encased in acrylic, preserved in alcohol, who are sisters and brothers from the same parents," shared Hiesinger. "One has been genetically modified, one has not. The one that has been modified is twice as large as the natural one. It's the main, overarching theme of the show: what choice do you want to make or can you make?"

How about a dress made of seaweed or something for working parents?

"It's called raising robotic natives and it shows a little cradle," explained Hiesinger. "Over it is a robotic arm with a baby bottle attached to it. The idea being in the future, are we going to have robots caring for our babies?"

The exhibit runs through March, and gives everyone a lot to think about as we look back to our past and ahead to the future.