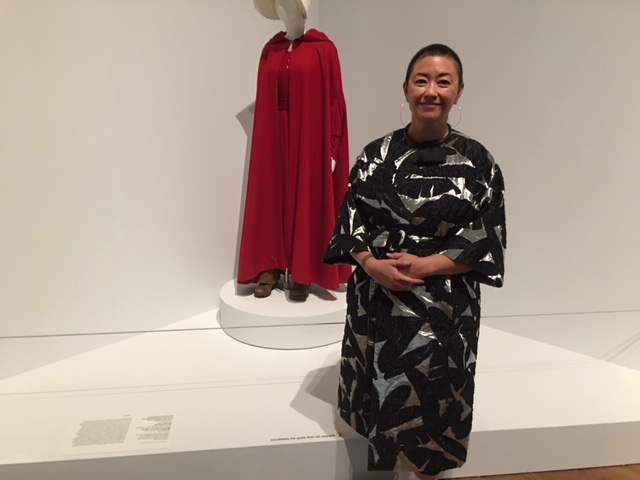 One of them is on display at the Philadelphia Museum of Art exhibit, "Designs for Different Futures." It's the red dress and white head covering that the handmaids wear in "The Handmaid's Tale."

"They were not supposed to wear those in the TV show because when you put any kind of hat on an actor, it hides the most expensive part of an actor's real estate, the face and the expression, so it was a real gamble," explained costume designer Ane Crabtree.

Crabtree called the head coverings "wings" and said she secretly made them despite being asked not to do so. "I tried it on (star) Elizabeth Moss for her first fitting and I filmed her with an iPhone turning toward the camera."

"We couldn't not use it, it was too strange and it was too frightening. We also started a new way of filmmaking," she described. "The wings created a light box around the face. It was kind of like horse blinders and also a sound box. What happened over time is that the actors had to learn a new way of acting."  Crabtree is so excited to be at the Philadelphia Museum of Art. "I never studied costume design, but I studied art, so this feels like a beautiful coming out party, to say, 'Hey, you did it, you got yourself in a museum,'" she shared. "I am overwhelmed."