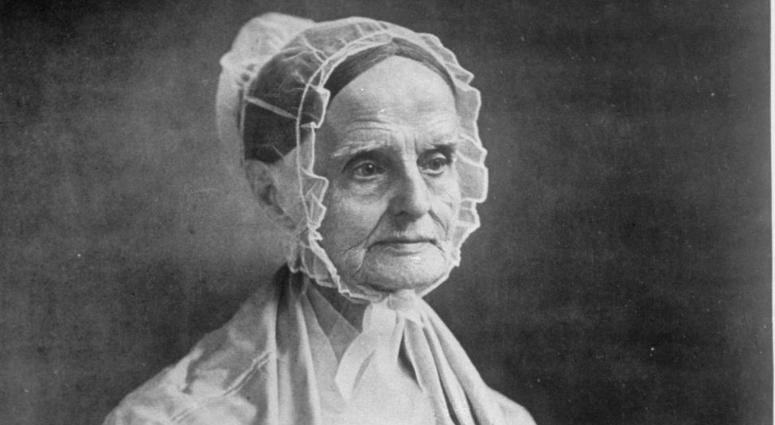 August 17, 2020 08/17/2020 2:26 pm
PHILADELPHIA (KYW Newsradio) — Quaker women made up a large number of leaders in the early days of the women’s suffrage movement. One of the most influential in suffrage and other movements got her start right here in Philadelphia.

Lucretia Coffin Mott first gained notoriety during the women’s rights convention in Seneca Falls in 1848. But her activism started much earlier.

Mott, who was born in Nantucket in 1793, moved to Philadelphia with her Quaker family in 1809. At the age of 13, she started teaching at a Quaker school — Nine Partners School — in Dutchess County, New York.

“At the school, she learns that James Mott and other male teachers are earning more than her for the same kind of work, and that raises her sense of injustice,” said Celia Caust-Ellenbogen, archivist at Swarthmore College’s Friends Historical Library, “and perhaps is an early indicator of what’s to come later.”

At the age of 18, she married James Mott at the Pine Street Meeting, and they settled in Philadelphia at 338 Arch St. — a home that was also a stop on the Underground Railroad.

“This really starts in 1848,” said Elena Popchock, exhibition developer for the National Constitution Center. “Elizabeth Cady Stanton, in her Declaration of Sentiments, the right to vote is put in as one of their demands.”

Mott died in 1880, and it would be another 40 years before women won the right to vote.

Philadelphia actress Heather Plank portrays Lucretia Mott in the play “Under the Bonnet,” which is showing at the Arch Street Meetinghouse. The play was expected to run in March during Women’s History Month, but it was delayed due to the coronavirus pandemic. Now, it’s playing during the centennial of the ratification of the 19th Amendment.

Plank read a scene from the play as Lucretia Mott, emphasizing her life’s message: “Our rights should not be looked upon as a gift bought by the men in power. Our rights should be expected because our Constitution promised these rights to us.”