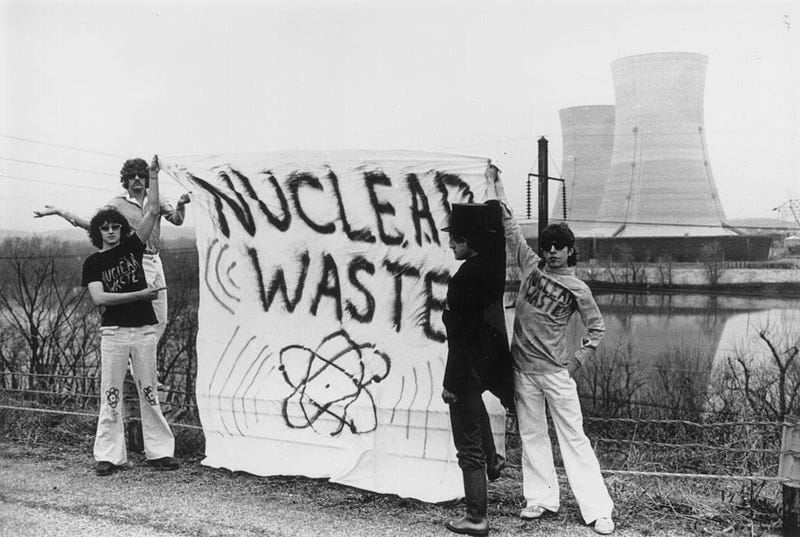 Part 4 of a five-part series. The partial meltdown at the Three Mile Island nuclear power plant happened 40 years ago today. Our week-long look back continues as we explore how people who lived around the plant handled the news.

PHILADELPHIA (KYW Newsradio) — Forty years ago today, the partial meltdown at the Three Mile Island nuclear power plant began when a pump that sent water to cool the reactor’s core stopped working. After the pump failure, the reactor automatically shut down, and as pressure began to build, a relief valve opened.

But as pressure returned to normal, that valve got stuck, and cooling water steamed out for nearly three hours before anyone realized what happened.

And, as described in a video from the Nuclear Regulatory Commission, without the cooling water, the tubes that held the fuel in place failed.

Jay Lloyd, part of the team of KYW Newsradio reporters sent to cover Three Mile Island, remembers the sense of panic. "There was no mandatory evacuation ordered yet. And yet, people were bailing out of Middletown left, right and center," he said.

"We're told that the gas stations have enormous lines here, that people are going to their local schools, getting their kids out of school and leaving," he reported at the time.

John Savoth was a sophomore at Dickinson College, about 20 miles from Three Mile Island.

"I remember trying to call my parents in New Jersey from the payphone in the hallway of my dorm. And the phone lines were jammed, I couldn’t get through," he recalled. "That was the first time that had ever happened."

This was a time before cellphones, the internet, 24-hour cable news and social media.

"I remember a feeling of being trapped, since I didn’t have a car. One of my friends had a car and I decided to get in it and get as far east as I possibly can. … I remember sitting in the car, I was in the back seat. We could hardly get out of Carlisle," he said. "That was a fascinating visual, because you rarely see something like that, where everyone is trying to get out. It’s disconcerting, to say the least. It was like, 'What the hell is going on?' "

In our final installment of Three Mile Island: 40 Years Later, we’ll take a look at the future of nuclear energy.