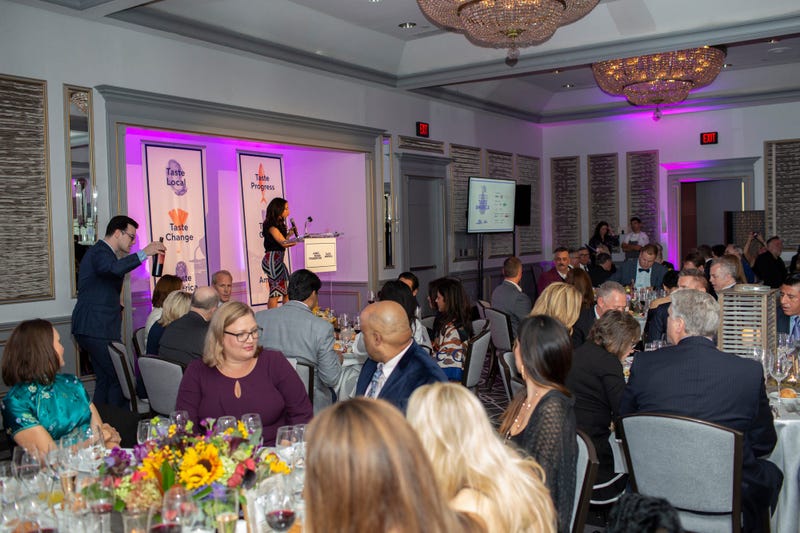 PHILADELPHIA (KYW Newsradio) — If you want a sample from some of the best eats in Philly created by the city’s most well-known and decorated chefs, start saving your appetite.

The James Beard Foundation will make a stop in Philadelphia on Nov. 1 as part of its 20-city Taste America tour. Two days prior to the main event at the Fitler Club, a less formal cocktail reception, called Raising the Bar, will be held on Oct. 30 at Porta, featuring Philly mixologists and chefs.

“When they reached out, I didn't know what to expect,” recalled Porta chef Caroline Hough. “I just said yes because you don't say no to James Beard.”

Tickets for the reception are $75 each, which includes unparalleled fare and drinks by chefs at restaurants like Friday Saturday Sunday, Brickwall Tavern, Mike’s BBQ, and Little Baby’s Ice Cream, to name a few.

While the gala will be a formal sit-down affair, Hough explains Raising the Bar will be a more casual warm-up to the main event.

“It's going to be cocktail-forward with lots of great food that’s going to compliment all of the cocktails,” she added.

For the third annual culinary pop-up tour, gala dinner co-host Aimee Olexy — owner of Talula’s Table, Talula’s Garden and Talula’s Daily — said guests at the benefit fundraiser will get a taste of all the city has to offer.

“This night is amazing. We think it will be like the dream team of chefs,” she said.

Proceeds go toward the James Beard Foundation’s Taste America Scholarship Fund. Tickets for the gala — which started at $250 — have been selling out fast.

The James Beard Foundation is a prestigious organization that has mentored the culinary greats of the world, said Olexy.

“But it’s also a very intimate organization, which does things for food sustainability and mentoring culinary staff,” she added.

“We want it to feel like it's a Philly weekend where you're really tasting what's going on in the city,” Olexy said.

For more details on the Taste America tour’s stop in Philly, listen to the KYW Newsradio original podcast What’s Cooking below or on the RADIO.COM app.