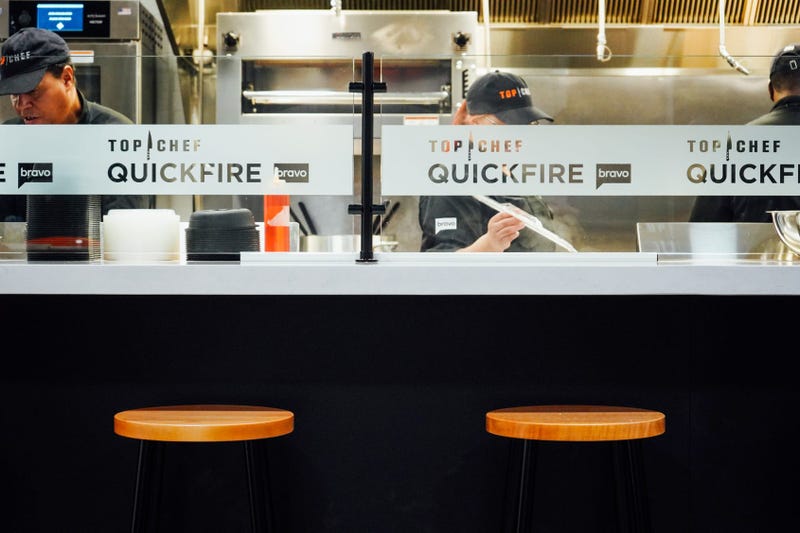 A new fast-casual restaurant is catering to fans of the Bravo reality food competition, based on the show’s “Quickfire” challenges.

The restaurant, appropriately named Top Chef Quickfire, offers some of your favorite dishes inspired by the challenges.

“Unless you hunt out all the individual chefs’ restaurants, there's no place that has sort of a collection of the things you've seen on the show,” said Scott Swiger, vice president of culinary excellence for Spectra.

The restaurant’s creators had to put a lot of research into menu development, because in the heat of a 30-minute Quickfire challenge, chefs don't have time to write their recipes down.

“They're cooking to taste,” he said. “They're not measuring, and then the producers come back the next day. That's when they do the one-on-one interviews — they film some of the additional footage and they'll take some notes on what they did the day before.”

"We want people who have a favorite chef from the show to be able to look and say, ‘Oh, I loved watching Spike,’ and there's a turkey burger from Spike Mendelsohn from season 4 on the menu.”

But don't get too attached to the menu, as Swiger promises it will change frequently.

“The kitchen is unique because we didn't know what the menu was going to be, to start, and we also know that we wanted a menu that was going to change frequently, so we weren't 100% sure what equipment to have, so we probably over-built this kitchen,” he said.

Top Chef Quickfire, which is housed in the Comcast Center Concourse, will also have “Top Chef” merchandise for sale. And for the super fans, you can watch reruns at the restaurant.

“We can replay it and do watch parties,” Swiger enthused. “As the new seasons come out, we are planning to do some events in the concourse around that.”

For more on the Top Chef Quickfire restaurant, listen to the KYW Newsradio original podcast What’s Cooking on the RADIO.COM app.