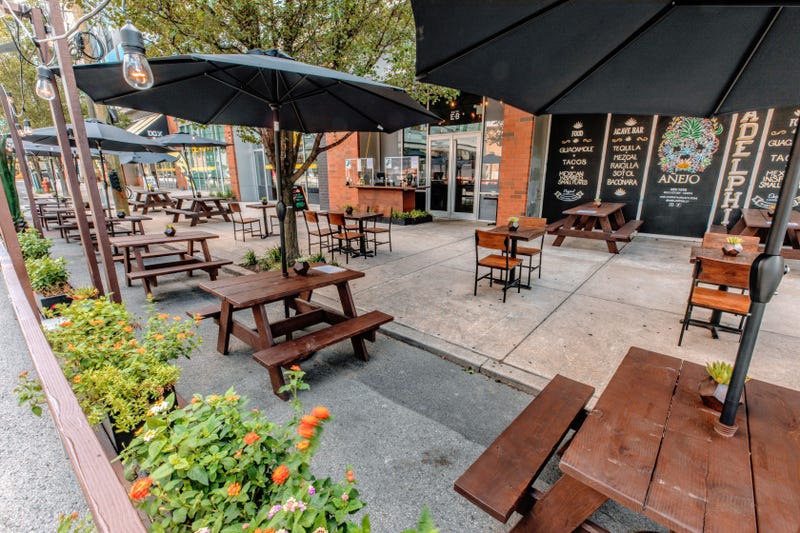 August 7, 2020 08/07/2020 10:30 am
PHILADELPHIA (KYW Newsradio) — While so many restaurants are struggling to maintain business during the coronavirus pandemic, two new restaurants and a pop-up are opening in Philadelphia.

Tobias Moser’s newest venture is with The Wayward, an American brasserie in the Canopy hotel at 11th and Ludlow streets.

And, restaurateur Michael Schulson opened a new pop-up on the 1500 block of Sansom Street, in front of his other establishments, Harp & Crown and Giuseppe & Sons. The pop-up, called Char Kol, is a Korean concept.

He said pop-ups are a great way to test out a new cuisine or style. They may consider opening a Korean-style restaurant down the road, depending on how people respond to Char Kol.

Of course, with the pandemic, there have been some setbacks — business and personal ones.

“We were supposed to open originally back in April,” said Moser.

“I've personally lost my older brother to COVID-19,” said Camacho, who believes his brother would have wanted him to continue with the Añejo opening, even now. “It's definitely not an industry to get into if you're not willing to do what it takes to survive, so we definitely have to do a little bit more.”

Schulson said he's in favor of Pennsylvania’s dining restrictions, but the full restaurant experience can't be felt solely through takeout.

“You can't put lighting, atmosphere, service, hospitality, into a to-go box,” he added.

But with travel on hold, Moser said outdoor dining may be able to fill that void.

“Dining is about creating an experience. It's not just about going out to eat and be fed. It's about transporting you somewhere, and that's the next level of dining.”