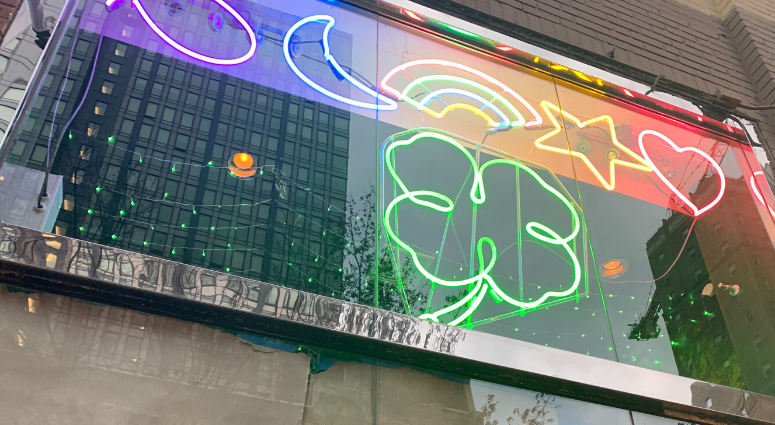 Lucky’s Charm — housed at 113 S. 19th St., where Toppers Spa/Salon used to be — is full of Instagramable green decor and lighting.

Although Wasserman has opened several restaurants in the city and suburbs, this was his first time opening a pop-up.

“The city and everybody’s been really helpful to us to get us to the point where we’re at, so that’s really exciting because a portion of the proceeds will go to actually the Burger Brawl, which is where we raise money for the School District of Philadelphia,” he said.

This is the first weekend for Lucky’s Charm. It will only be open through March 22.

For more on how they renovated a spa into a bar in the course of a week, listen to the KYW Newsradio original podcast What’s Cooking on the RADIO.COM app.