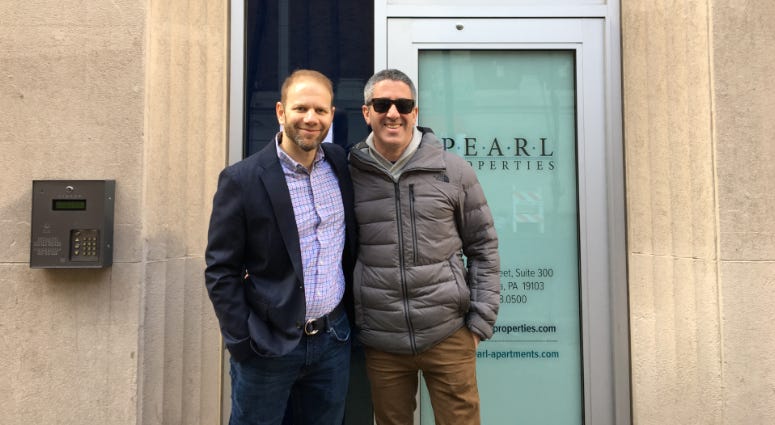 February 8, 2019 02/08/2019 11:15 am
PHILADELPHIA (KYW Newsradio) — The minds behind Zahav, Goldie, Dizengoff and Federal Donuts have announced a new concept that will bring another facet of Israeli cuisine to Rittenhouse Square this summer.

Philly-based chef Michael Solomonov said the new establishment will be a bakery called K'Far, which means "village" in Hebrew.

"If you've ever been to Israel, you know that nobody cares about carbohydrates," said Solomonov, "so we're going to have a lot of borekas, which are stuffed savory pastries, and rugelach, which really actually tell the story of Eastern and Western pastry chefs."

He said the exact menu is not complete yet, but ideas are brewing in his head.

"I just keep thinking about cafe hafuch and borekas," he added, "and like tehina and pickles and stuff in the morning, you know?"

"Last year, she was the James Beard Foundation Rising Star Chef, which is a big deal," he said.

K'Far will be built in The Harper, a Pearl Property luxury apartment building, located at 110 S. 19th St.

"The Harper is this really beautiful 25-story high rise apartment building," Cook said. "So we're standing in front of this historic art deco building here on 19th Street, which has been preserved and restored, and the design inside is going to echo that art deco feel."

"For a decade now, we've been really trying narrate what Israeli cuisine means to us, and this really gives us an opportunity to do so," he added.

For more, subscribe to to the What's Cooking podcast on the RADIO.COM app.