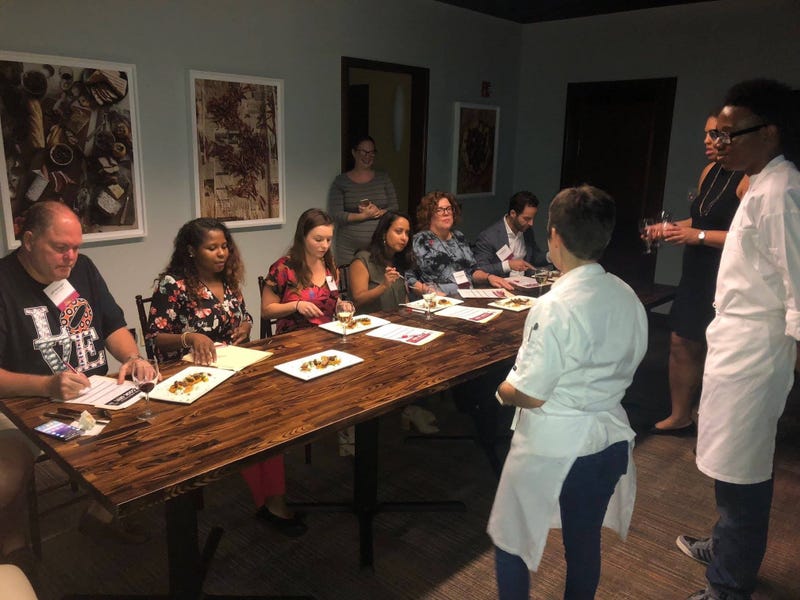 October 4, 2019 10/04/2019 10:15 am
PHILADELPHIA (KYW Newsradio) — The best way for young, aspiring chefs to break into the culinary biz is to break bread with the top chefs in the Philly food scene. And for the second year in a row, these Philly teens get to do a lot more than just mingle with the pros.

During the second annual Great Philly Cook Off, School District of Philadelphia students who are on a culinary track are paired with some of Philadelphia's best chefs. Together, they participate in a "Chopped"-inspired cooking competition.

The event, to be held at Drexel University's Academic Bistro on Oct. 10, is a fundraiser for the Pennsylvania Restaurant and Lodging Association (PRLA) Educational Foundation Scholarship Fund.

"Prizes are awarded, and bragging rights are on the line," added Ben Fileccia, the Philly director of operations and strategy for PRLA.

For the students, Fileccia said this is often their first time participating in a culinary competition and presenting their food in front of judges.

The bulk of the funds raised come from sponsorships. General admission tickets are $25 each, which include hors d'oeuvres, food, and spirits tastings.

For more on what goes on behind the scenes at the Great Philly Cook Off, listen to the KYW Newsradio original podcast What's Cooking on the RADIO.COM app.