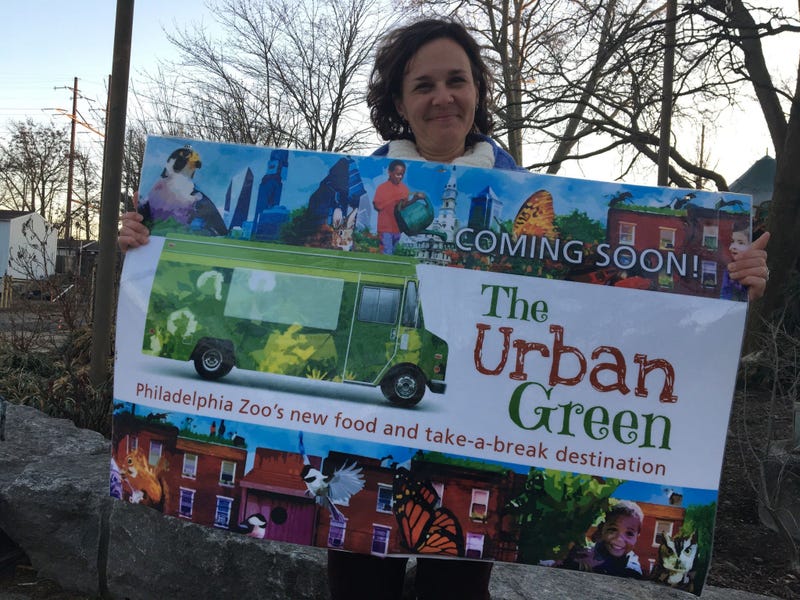 PHILADELPHIA (KYW Newsradio) — There will soon be a new lunch spot in Philadelphia where you can be at one with nature, right in the middle of the city.

Urban Green at the Philadelphia Zoo adds an open-air marketplace designed to provide healthy food options in a chill environment.

Of course, the main focus will be on food and drink.

The space is still under construction and will open the same day as the zoo's new "Creatures of Habitat" exhibit on April 6. It will feature a giant mural that summarizes the space's concept, highlighting "the intricate relationship between people and wildlife thriving together in an urban environment."

"Vegetarian options are very important — we continue to share that message," she said. "Sustainably sourced, we actually have a vertical garden."

The vertical garden will be created in shipping containers, and everything they grow there will be given to the animals.

"Literally, we're using floor-to-ceiling to grow produce," said Waldron. "We're growing lettuce, all types of different varieties — escarole, romaine, kale — and it's super efficient. It's the latest technology and it's easy to do."

Of course, there will be craft beers and wine available for the humans, too.

For more on this 200-seat outdoor space, including the nature play space that will be incorporated into it, subscribe to the What's Cooking podcast on the RADIO.COM app.