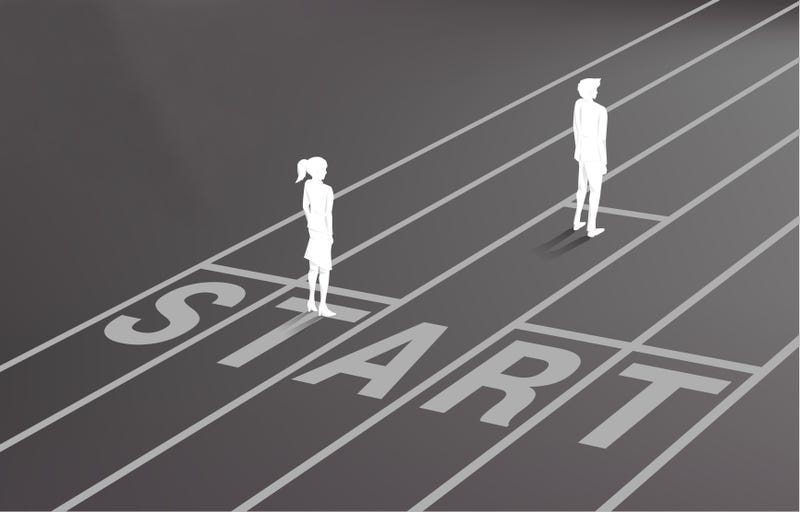 As big a victory as it was, they still had many obstacles to tackle — even today, especially in their careers.

At the start of the 20th century, women were still expected to only be mothers and wives; their responsibilities revolved around maintaining a household and a family. Meanwhile, their husbands had the power, and the final say.

Activism paused for some years after women gained the right to vote, but it was reignited with the civil rights movement in the 1960s and other advancements toward equality and human rights.

The following Philadelphia women started their careers in the wake of efforts set forth by women before them, urging the country to yield to gender equality and equal rights.

Excerpts below share their stories of rising in the ranks in their careers — the good, the bad, and everything in between — and what they’ve learned in retrospect.

Dr. Penny Levin, a clinical and performance psychologist in Lafayette Hill, was in graduate school when Title IX was enacted. Before it was illegal to exclude people from education on the basis of sex, many had ideas about who should and shouldn't be given an opportunity to learn.

“Young women today don't hear the kinds of things out loud that I heard,” Levin recalled. “What I was told when I was young is, ‘You cannot have a spot in graduate school. A man is going to support a family, and he needs that spot because you will just have children and stop working.’ ”

She said it was rare to find a female professional who had already paved the way ahead of her, who she could look up to as a role model and mentor.

When she finally started working in her field, patients weren’t used to “dealing with women who were doctors.”

Her patients sometimes behaved as if her personal life was up for public discussion — which was never more apparent to Levin than when she was pregnant.

“As a psychologist or any other kind of therapist, it's really obvious … that you are pregnant and you are going to have a baby. If you are a man, nobody knows that that's happening in your life, and that was a point where it was lonely. I remember really struggling about how to address that with my patients and really not having anywhere to turn in terms of older, female colleagues.”

Other times, patients would call her “babe.”

“I remember thinking, ‘How am I supposed to handle that?’ because they clearly don't call the men ‘babe.’

“How was I going to manage being a woman, being respected professionally, but also getting by and getting along?”

Levin said she had to think of it in terms of balancing being both “big” and “little.”

Jerri Williams attended the FBI Academy in Quantico, Virginia, at a time when the bureau was trying to increase diversity by actively recruiting qualified women and minorities.

Williams, who falls under both of those categories, said she there were many hurdles to cross as a cadet when it came to the personal biases of her peers.

“This was a lifetime goal for many of the guys, and for most of the women, it was something that they didn't think about until they actually applied for the job. So as we're there at the academy, I think in general — and this is 38 years ago — but in general, they looked at us as taking the spot of some guy that had a family who would have been able to be an unbelievable breadwinner for their wife and children. We took up a spot.”

On the contrary, Williams depended on her husband for family support.

“Get up early in the morning for an arrest or stay late at night for an interview, or go in on the weekend for some type of a search — the reason I was able to do all of that is because I married well. I have an unbelievable husband who supported me all the way. … His mother, my mother-in-law, they were always there to pick up the kids or do the things that I wasn't able to do at home when I wasn't able to be there.”

Now in her retirement, Williams plans to continue to pursue her professional interests, but she’s making time to devote to her personal relationships, too.

“I was a career woman and I had to divide up my time and my energy, and although I'm going to continue on my creative efforts, I really can't wait to just get down on the floor and play with the grandkids.”

The 1963 Equal Pay Act made it illegal to pay a woman less for doing the same job as a man. However, Dr. Betsy Leebron Tutelman said discriminatory and unfair practices kept happening when she first started teaching at universities.

“I remember contesting at one point a salary increase and raising a question, and the response that I got was so egregious that I didn't know how to react. It was, ‘You know, you're a woman whose husband does this and earns a very respectable income. The other individual is a man who has to provide for his family.’ And I thought, that was a sad commentary on where we were at that point.”

That was not too long ago either, in the 1990s or early 2000s, she said. Tutelman is now the senior vice provost for strategic communications for Temple University’s Klein College of Media and Communication.

In public education, salaries are published, so early on, Tutelman said she began to “develop a pretty strong awareness of where you sit compared to your peers.”

She recalled a touching moment with her children: “My daughter said to me, ‘I'm really proud of you. You've paved the road.’ And she framed it a little differently, but what I took away from the conversation was I had so much guilt because as a parent, you want to be there. But as a professional, you also know what your responsibility is, and finding that balance is very challenging.”

Medical school: Class of only 12% women

Millicent Zacher is a successful OBGYN in Philadelphia now, but just getting into medical school — as a woman — was tough.

Her grades were competitive, but she had to rely on connections because many of the administrators didn't want to “waste a spot” on a woman.

“Out of 230 people in that class, there were 29 women — 29, that's it. Everybody knew us. Everybody. There were professors who didn't think we should be there.

In the radiology class, she remembered professors would put X-rays up on the screen if students were nodding off in the dim lecture hall.

“To wake people up, they would throw up pictures — and some of them were naked women. … There were a handful of men in that class — two of them I'm still very friendly with. They came to the women and they said, ‘We find this offensive.’ And we said, ‘Well, we do too but we're used to it. We just want to get through.’

“ ‘No, we don't think this is right.’ There was a handful of them, and they mounted a protest. We wrote a letter to the dean, we found it offensive — he ignored it. I think we were freshmen medical students. (The professor) kept doing it, and then this guy said, ‘We're all walking out. You have to walk out with us, we're all walking out.’ I think there were about 100 of us.

“Some guy raised his hand and he said, ‘We find it offensive, you've been notified by the dean.’ … (The professor) never did it again. His own daughter was in the class.”

Later in Zacher’s career, she found it difficult that, as a woman, she was expected to juggle work and all the responsibilities of home life — housekeeping, cooking, child care. She tried to balance it all with her husband at the time, but that didn’t always work out.

“One of the most difficult things was balancing those hours and that stress with my family. … He was very supportive of it — until I actually went (to medical school), at which time, he felt like I had abandoned him.”

Nowadays, with the #MeToo movement, she recognizes women wouldn’t stand for such prejudices that she experienced in school.

“We just accepted it. Like, this is the price that we're paying to do what we want to do. Women wouldn't take that now. My closest friend from residency, when #MeToo started, she called me, she said, ‘#MeToo? We were in the middle of that as residents.’ Unwanted passes, unwanted touching — we were on a casting couch.”

Rabbi Jill Maderer, lead rabbi of Congregation Rodeph Shalom on North Broad Street, said people are still getting used to women in leadership and how to relate to them.

“I have compassion for everyone trying to figure out how to be appropriate, because there are times when touch is appropriate. But for me, there's a difference between a finance committee meeting and a funeral,” she said.

She often has to field a lot of questions about whether or not she’s married.

“That's a really early question people ask when they find out I'm a rabbi,” she said. Compared to her male counterpart, people tend to focus more on her personal responsibilities than her professional ones.

“I joke with my colleague, Rabbi Eli Freedman, nobody calls him a working father. People call me a working mother, right? I'm a ‘working mom.’ ”

Maderer said we’ve come a long way for women’s rights and equality, but there’s still more to be done.