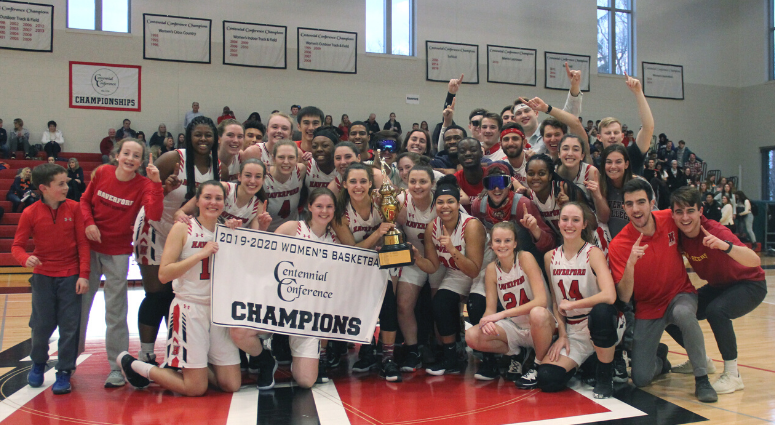 March 5, 2020 03/05/2020 6:33 pm
PHILADELPHIA (KYW Newsradio) — The Haverford College women's basketball team is getting ready for a long bus trip to Ohio, but it's one they will happily take, as they head to suburban Cleveland for a first-round NCAA Division III Tournament match-up with Baldwin Wallace University on Friday night.

The Fords are making their third straight appearance in the tournament. They received an automatic bid as the champion of the Centennial Conference — a title they really had to earn. The Fords fell behind Gettysburg 14-0 to start the conference title game and they trailed by 8 entering the final quarter.

"It was one of the grittiest wins that I've been a part of in all my years coaching," Haverford head coach Bobbi Morgan said. "I couldn't be prouder."

Haverford is 23-4 on the season heading into the tournament.

"This is one of the grittiest groups I've ever had," Morgan said. "Obviously, we're really a pretty strong defensive team. So we don't blow people out of the gym, but we usually hold them down.

"(Senior guard) Anna-Sophia Capizzi was just named the Player of the Year in the Centennial Conference. I mean, she scored 500 points this season. Just had a remarkable senior year. And we have some pretty balanced scoring, too. But I would say the key to our success has just literally been grit."

Capizzi is averaging 19.5 points a game this season and shooting 40% from three. Defensively, the Fords are really, really good as they come into the tournament, holding opponents to just 46.3 points per game on 32% shooting from the field (25% from three).

Baldwin Wallace is the champ of the Ohio Athletic Conference. The Yellow Jackets are 26-2 on the season and they bring a 12-game winning streak and a 15-0 home record into Friday night.

"They are incredibly balanced and they shoot the three like no one we've seen this year," Morgan said. "They have close to 260 threes. Just about everybody they put out on the court shoots it. They play a very different style than we are used to on the East Coast, so it's just going to be a lot of transition, a lot of five-out.

"We're just really going to have to defend differently, but hopefully defend well."

The winner of this game will face the winner of La Roche and Chicago in the second round on Saturday.

Haverford and Baldwin Wallace get underway at 7 p.m. on Friday night.