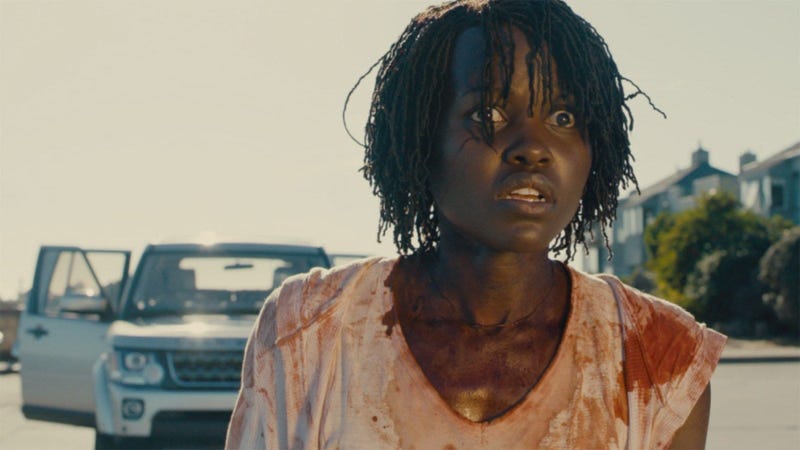 The horror movie, which is Peele's second film, brought in a big $29 million on its opening day Friday. "Us" is now expected to shatter expectations with a $67 million opening weekend. That's more than three times its reported budget. Initial estimates from box office analysts had the film making between $40 million to $45 million this weekend. Universal, the studio behind the film, was even more conservative with its forecasts saying that it anticipated "Us" opening is north of 'Get Out,' which debuted to $33.3 million in 2017.

It's not surprising "Us" will make a bigger killing at the box office this weekend.

"Us" is Peele's follow up to "Get Out," which became a phenomenon after it hit theaters two year ago.

"Get Out," which starred Daniel Kaluuya in a psychological thriller about white suburbanites overtaking African American bodies, was a huge surprise in Hollywood making $255 million worldwide. That's 56 times its budget. "Get Out" was also widely acclaimed with a near perfect score on review site Rotten Tomatoes. It nabbed four Oscars nominations including Best Picture with Peele winning for Best Original Screenplay.

"Get Out" made Peele a brand in the horror genre, and as Marvel and other franchises have shown, brands sell in Hollywood. Peele's moniker as a new master of suspense is likely going to bring in crowds to "Us," according to Shawn Robbins, chief analyst at Boxoffice.com.

"There's an exceptional amount of goodwill that could drive 'Us' to perform like a semi-sequel at the box office," Robbins told CNN Business. "Peele's name is an instant selling point because of the talent he displays and the impact 'Get Out' had on the art form and the culture."

"Us" is also a horror film, and horror has lately been a very reliable genre at the box office. Scary films such as last year's "Halloween" and "A Quiet Place" both exceeded industry expectations. Those films brought audiences to theaters at a time when they could've just stayed home and watched hours of Netflix.

"Horror is arguably the most theater friendly of all genres," Paul Dergarabedian, senior media analyst at Comscore, told CNN Business.

Dergarabedian said that horror creates "an almost interactive experience between the crowd and the movie."

"Sure, you can stay home and watch 'Us' when it comes out months from now, but you won't get the infectious feel of people screaming in the theater and yelling at the screen," he said. "Horror is one of the last and best communal experiences audiences can have at the movies today."

"Us" could also excel for the most obvious reason: word of mouth.

The film has a 95% score on Rotten Tomatoes and has been building buzz since its premiere at Austin's SXSW conference earlier this month.

But if "Us" doesn't exceed the expectations of "Get Out" that doesn't make it a disappointment.

The film was reportedly made for just $20 million and with Disney's family friendly "Dumbo" being the only big film opening next week it could have more time to make more money.

"It's all about momentum. The buzz suggesting Peele has essentially 'done it again' compounds an already strong curiosity surrounding 'Us,'" Robbins added. "It's almost impossible to bet against that kind of buzz."